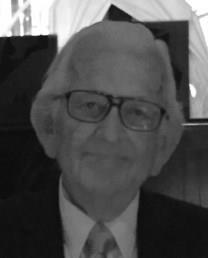 Frank Manly McWilliams, Jr., 85, of Atlanta, passed away May 17, 2016 and moved from his full and active life on earth into eternal life with our Heavenly Father.

A true Southern gentleman from Georgia, Manly was born in Macon, honeymooned in Sea Island, and settled in Atlanta. He will be dearly missed by his family and friends for his gracious, consistent love as a father and the genuine, personal interest he took in others. Manly was generous with his time, showed constant patience, and had a contagious, positive outlook.

A truly kind man, he forever will be remembered for keeping what he called, “an attitude of gratitude”. Grandson of a Methodist Minister and a devoted man of God, Manly was regarded by his family as their personal family preacher, sending handwritten notes and uplifting Bible verses throughout his adult life.

In the Atlanta community, he preached monthly for ten years at a retirement home and was a member of the Peachtree Road United Methodist Church. With an open heart, he truly never met a stranger.

Manly attended Davidson College where he was a proud member of the Kappa Alpha fraternity, the United States Naval Academy, and Mercer University. He began his professional life with Monsanto in the 1960’s before moving into the hospitality real-estate industry.

He was an original member of the Days Inn of America team in the 1970’s where he served as Vice President of Franchise Sales. He worked steadily throughout his life and completed his final real estate deal at the age of 85.

His favorite pastimes were golf, an occasional cocktail, and spending time with his family and many friends. He always was fond of saying that his crown jewels were his four loving daughters.

A memorial service will be held Wednesday, June 1, 2016 at 2 o’clock at Peachtree Road United Methodist Church. Reception following in the Fellowship Hall.

In lieu of flowers the family requests that gifts be made to The Peachtree Road United Methodist Church – Youth Department, 3180 Peachtree Road, Atlanta, GA 30305, or to The Kappa Alpha Fraternity National Office, PO Box 1865, Lexington, Virginia 24450.