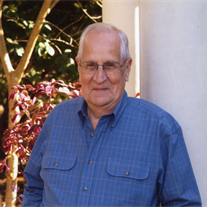 William “Bill” Arthur Sechrest was received into the arms of Our Heavenly Father on Thursday, December 10, 2015, in Deer Park, TX. He was born March 17, 1930, in Chattahoochie, FL, to John Clay and Minnie Lee Sechrest.

After graduation from Gadsden County High School, Bill joined and proudly served his country in the United States Air Force. A year before his service ended, he married the love of his life, Jacqueline Mae Morris. Bill graduated from Florida State University with a degree in finance. In 2009, after a successful and varied career, he retired from Lakeside National Bank in Rockwall, TX.