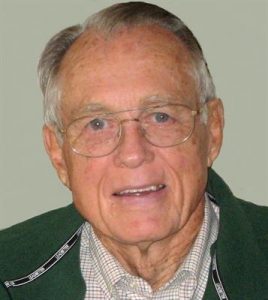 His family moved to Charlotte when he was two years old, and he went through the Charlotte school system until the final two years of high school, when he attended and graduated from Episcopal High School in Alexandria, Virginia.

He was a graduate of Davidson College, and the UNC Medical School. After internship at UNC, he served a two-year tour as a Lieutenant in the U.S. Navy. Following were residencies at Strong Memorial Hospital in Rochester, NY, and then at the Boston Children’s Hospital in Boston, Mass.

He remained on the clinical staff at the Children’s Hospital and in private practice in Weston, Mass. for eight more years before returning to Charlotte in 1970 and establishing what has since become Eastover Pediatrics.

He was blessed to work with wonderful colleagues and staff, offering support and care to all who worked with him. He assisted countless children (and their anxious parents) through the early years of life.

Dr. Roddey’s professionalism and passion culminated in his being awarded the National Practitioner Research Award by the American Academy of Pediatrics in 1996.

He volunteered with numerous organizations, including Kindermourn, Room-in-the-Inn, and R.A.I.N. He was a member of the Myers Park Presbyterian Church, the Charlotte Country Club, the Piedmont Club, the AOA Medical Society, and the NC Sports Hall of Fame, and was in the initial class to be inducted into both the Davidson College Sports Hall of Fame and the NC Tennis Hall of Fame.

Bo had an amazingly eclectic group of friends of all ages that stretched around the world, and he remained in touch with them throughout the years. He was well known for his humor, generosity and his enthusiasm, and he was always intrigued by new things he could learn. He made a habit in life of “rushing the net.” And as fully as he lived his own life, he took great vicarious pleasure in the adventures and experiences of all he knew.

In his wife, Meechie, he found the perfect solid, reliable, supportive partner for his hyper-energetic life and broad range of interests. He always said, “Meechie is just fun to be with!”

The family wishes to thank his close friend and companion, Tim Williams, as well as the Memory Center of Charlotte and Novant Hospice and Palliative Care.

Memorials may be sent to the Myers Park Presbyterian Church; to Kindermourn; or to any of the donor’s choices.

Condolences may be offered at www.harryandbryantfuneralhome.com.