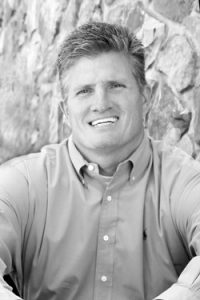 Joseph “Joe” John Palasak, Jr, passed away on Saturday, February 10th, after a full 57 years of life and love of his family.

Joe was an alumnus of Davidson College in Davidson, North Carolina, where he earned his Bachelor of Arts Degree. He went to on to earn his Bachelors and Masters degrees in Civil Engineering from the Georgia Institute of Technology in Atlanta, Georgia. He was an active parishioner at Saint Vincent de Paul Catholic Church, in Rogers, Arkansas and served his community through youth athletics throughout his life, most recently with Rogers Youth Baseball. Professionally, Joe has been employed as the Director of Engineering for Tyson Foods’ Civil, Structural, and Architecture Division, for the past thirteen years, following his fifteen years at The Facility Group in Smyrna, Georgia and four years at Carlson & Associates.

Born in Perth Amboy, New Jersey to Maryanne and Joseph John Palasak, Sr. on July 23, 1960, Joe spent his childhood in Edison, New Jersey and was given the superlative “Best Hair” by his friends in the 8th grade, which he would jokingly remind his family of from time to time. He surfed and played high school football in Daytona Beach, Florida, where his athletic abilities earned him a scholarship to play Defensive End at Davidson College.

Joe and his wife, Bonnie began their life together over 22 years ago in the suburbs of Atlanta, GA and enjoyed raising their children, prioritizing family dinners and vacation, as well as playing couples tennis in their neighborhood with dear and forever friends. Above all else, nothing was more important to Joe than family.

Relocating to Rogers, Arkansas 13 years ago to join Tyson Foods, he made every effort to ensure his business trips were planned around being present for his kids’ sporting events and activities. He was proud of not only what they have accomplished but also who they were as individuals, and didn’t want to miss a moment of his front seat to their lives. Family was his passion and his priority. He was happiest when all were under one roof if only for a meal or a moment.

Although he would never admit it, his giving heart touched the lives of many, as a good steward of his time and resources, Joe took his role as “Coach” for the youth recreational teams to heart. He coached softball, baseball, basketball, and football, making sure to offer them additional resources to improve their game with videos they could watch or extra drills they could do to make them better.

His engineering side kicked in as he developed “lesson plans” for each practice for rec ball. Joe impressed upon his own children the importance of giving and elevated the message to do something in their lives to help other people.

Joe Palasak was a humble and faithful servant, and did not come to this world to stay, but has finished his task and gone home to live with his Heavenly Father.

Joe is preceded in death by his Father, Joseph John Palasak, Sr.

In lieu of flowers, contributions can be made to Rogers Youth Baseball, P.O. Box 727, Rogers, Arkansas, 72757