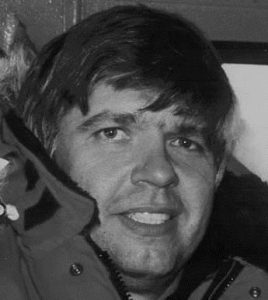 His accomplishments in science would elevate him to prominent roles in the national and international science communities. His career achievements spanned many senior academic, policy and government positions, culminating in his appointment as Associate Director of the White House Office of Science and Technology Policy by President George H.W. Bush, where he developed U.S. science policy initiatives.

Both in and out of government service, Dr. Ratchford was active in global science and international technology cooperation. He led the creation of an academic center addressing science, trade, legal and technology issues at George Mason University’s School of Law.

He also served as Associate Executive Officer of the American Association for the Advancement of Science – the world’s largest scientific society. Dr. Ratchford’s distinguished career in science and technology policy spanned Capitol Hill and academia. He served as Science Consultant for the Committee on Science and Technology in the U.S. House of Representatives. He conducted research at the International Institute for the Applied Systems Analysis in Laxenburg, Austria, the Office of Scientific Research of the U.S. Air Force and taught Physics at Washington and Lee University.

Throughout his life, Dr. Ratchford was guided by a deep, abiding faith. He was a member of Davidson College Presbyterian Church and a longtime member of the Brindisi Bible Study Class. He was also a member of many professional organizations including Phi Beta Kappa, the American Physical Society, Council on Foreign Relations and Sigma Xi. Dr. Ratchford was born on September 30, 1935, in Kingstree, SC.

He died of complications associated with a stroke on 16 June in Huntersville, NC. He was 80. He is survived by his wife of 57 years, Dr. Joanne Causey Ratchford; sons, Tom, James and David; daughter, Laura; and grandchildren, Tommy, James, Emma, JJ, Nathaniel, David and Julia; and beloved dogs Argos and Sally. He was a resident of the Pines at Davidson.

A Memorial service will be held at 2pm on Sunday, June 19, 2016 at Davidson College Presbyterian Church Main Sanctuary with Pastor Lib McGregor Simmons officiating. A reception will be immediately following the service in the church Congregation Hall.

A special thanks from the family of Dr. Ratchford goes to the Levine & Dickson Hospice House in Huntersville, NC. Cavin-Cook Funeral Home, Mooresville, is serving the Ratchford family.