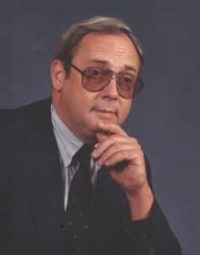 Arthur S. Booth, a general surgeon in Atlanta for over 30 years, founder of Hospice Atlanta, and a prominent member of the Atlanta medical community joined his Savior on Saturday, June 18, 2016 at his beloved Hospice Atlanta. Arthur was born in Rome, GA on March 3, 1940.

Arthur grew up in Atlanta and graduated from The Westminster Schools in 1958. He went on to graduate with a B.A. from Vanderbilt in 1962 where he was a member of Phi Delta Theta, and he received his MD from the Medical College of Georgia in 1966.

His internship and residency were at University of Tennessee, City of Memphis Hospitals where he and Dr. Louis G. Britt started a kidney transplant program. He was an Associate Professor of Transplantation at University of Colorado School of Medicine.

A Medical Officer in the United States Navy, he was Honorably Discharged with the rank of Commander in 1972. Returning to his roots, he established a successful private practice in Atlanta as a Board Certified General and Oncologic Surgery from 1972-1995. He practiced surgery at Piedmont Hospital, Northside Hospital and St. Joseph’s. When at Northside, he served on the Board of Trustees, was Chief of General Surgery and was Chairman of the Department of Surgery.

He was a medical surveyor for JACHO serving ambulatory care facilities. As an oncological surgeon with a strong Faith in the Lord, he was led to see that the Greater Atlanta area needed a successful organization to provide palliative care for terminally ill patients.

With his longtime friend and patient Eula Carlos, he founded his dream, Hospice of the South, in 1982, which, with his continued guidance, merged with Hospice Atlanta and constructed an inpatient facility.

Serving on the Board of Trustees of Hospice Atlanta 1992-2003, he was also Medical Director of the Andrew and Eula Carlos Hospice Atlanta Center from 1996-2003. He was Associate Professor at Emory University in charge of the Resident Program at Hospice Atlanta.

Through his experiences with patients and families there, he wrote Hospice Through the Eyes of Angel, 2002. Arthur was the humble recipient of many community and alumni awards for his vision to develop the Hospice Atlanta Center. In 1996, he received the Medical Association of Atlanta Aven Cup Award.

In 1997, he received The Westminster Schools Distinguished Alumni Award and the Medical Association of Georgia Humanitarian Award. He was also named one of President George H. W. Bush’s 1000 Points of Light because of his work at Hospice Atlanta. After retiring to his “Laughing Place,” Kiawah Island, SC, in 2004, he saw yet another unfulfilled need in community healthcare.

For all of the working poor and uninsured, he co-founded the Barrier Islands Free Medical Clinic on John’s Island, S.C. in 2008 with Dr. Charlton Davis. In 2013, he received the Kiawah-Seabrook Angel Oak Award for his creation of the clinic.

In May of 2016, Arthur was notified of his final award for his generous contributions in healthcare to his communities. He is the recipient of the 2016 Vanderbilt Alumni Public Service Award.

Always a surgeon, but often a patient, Arthur fought the fight of a faithful servant to His Lord. He was able to create a place for others to have a soft landing and live their final days in comfort and peace. Never daunted by his own medical setbacks, he continued to search for ways to make his communities stronger and healthier places to live.

Published in The Atlanta Journal-Constitution on June 21, 2016