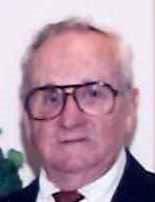 Jack Joyner, 85, of Weldon, passed away on Sunday, April 24, 2016, at Signature Healthcare in Roanoke Rapids.

Jack attended Davidson College but was a most loyal Tar Heel supporter throughout his life. He was employed by J.P. Stevens/Dan River Inc. in Roanoke Rapids. When not working, Jack derived much satisfaction and happiness from coaching many young, local athletes, particularly in the sport of basketball. He was also instrumental in the development of a much-needed recreation center in Weldon, further demonstrating his desire to enhance the lives of the youth there.

Volunteering in this way was one of his true passions, along with playing golf at Myrick Hills and anything associated with the University of North Carolina at Chapel Hill. Jack was also known in the family for his sentimental note writing, poems and stories, especially at Christmas. He was a member of Weldon United Methodist Church.

Jack was preceded in death by his father, Jack Joyner; his mother, Mary Guerrant Suiter; and his stepfather, David L. Suiter.

The family will receive friends from 6 to 7:30 p.m. Wednesday, April 27 at Askew Funeral and Cremation Services in Roanoke Rapids, which is handling the arrangements.

Graveside services will be held at 2 p.m. Thursday, April 28 at the Garysburg United Methodist Church Cemetery in Garysburg, with the Rev. Sue Owens officiating.

Online condolences may be made to the family at www.askewfs.com.