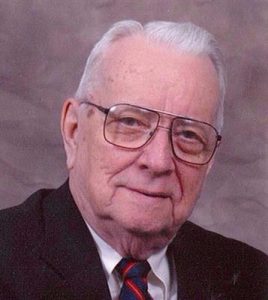 Mr. Fisher was born September 7, 1923, in Rockwell, NC, son of the late Berry A. Fisher, Sr. and the late Dovie Barringer Fisher.

A graduate of Cannon High School, Kannapolis, NC, he attended Davidson College and Duke University and served as a 1st Lieutenant in the United States Marine Corps during WW II. He retired after 40 years at Cabarrus Bank & Trust Company, Concord, NC and was a member of the Allen-Graham Masonic Lodge #695 of Kannapolis, NC and the VFW.

He was predeceased by his first wife Margaret Cannon who died in 1981, and wife Annie Ruth Brinkley Winecoff who died in 2015.