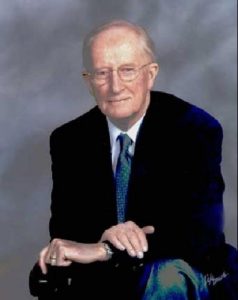 Sadler, David F. Kalamazoo Age 93, died on March 5, 2016. David was an avid reader and photographer and enjoyed sailing, canoeing and kayaking. He was born in South Carolina on February 11, 1923. David met Margery Larkworthy at Antioch College and they were married in 1944. He served in World War II and then earned advanced degrees at the University of Minnesota.

David taught English at WMU from 1955-1984. After 39 years of marriage, his wife Marge died in 1983. He later met Catherine Lynch and they were married in 1987. He is survived by his wife, Catherine; his children, Richard Sadler, Debbie (Merle) Johnson, Judy (Michael) Paolucci and Robert (Jacqueline) Sadler; six grandchildren and one great-grandson. David will be greatly missed.