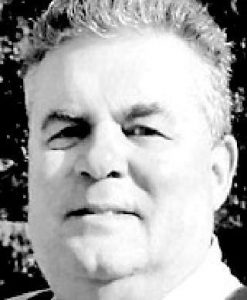 Arnold Hindin, 68, of Odessa, passed away March 6, 2016 at home, surrounded by family. Arnie was born in Bremerhaven, Germany, the son of U.S. Army Major Herman Hindin and Rolande (Forget) Hindin.

He attended Davidson College as an ROTC scholar and graduated with a degree in music. He served four years in the U.S. Army and was honorably discharged with the rank of Captain.

Arnie was employed briefly as a letter carrier with the U.S. Postal Service in Orlando. He completed the U.S. Postal Inspection Service’s Federal Law Enforcement Training Academy and was promoted to the position of Postal Inspector in 1976. He was assigned to Newark, NJ and later transferred to Tampa.

Arnie and his wife, April, also a U.S. Postal Inspector, transferred to Anchorage, AK in 2002, where Arnie retired in 2004. They moved “back home” to Florida in 2013 to be near family.

Arnie will always be remembered for his devout faith, his love of family, friends, our troops, and his love of animals, especially English bulldogs.

A Celebration of Life was held March 20 at the family’s home in Odessa. The ceremony included a military honor guard.