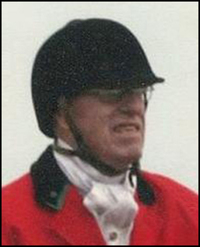 A native of Staunton, VA, John was a son of the late Charles Woods and Mary Ruth Henley Flintom.

He was a veteran of the United States Army, serving in the 82nd Airborne in Korea. After graduating from Davidson College, John joined his family business, Blue Ridge Grocery Company, Inc. and later became president of the company. He served on the Board of Directors of Blue Ridge Area Food Bank in Verona, VA.

John was a member of Rotary International, was one of the founders of the Wild Turkey Hunt Lodge in Williamsville, VA, was a member of Middlebrook Hounds, The Camden Hunt, Whiskey Road Foxhounds, Aiken Hounds, and Why Worry Hounds.

He was preceded in death by two of his sons, John Michael Flintom and Charles Woods Flintom.

Memorial plans will be announced.

John’s online guest book may be signed at shellhouseriversfuneralhome.com