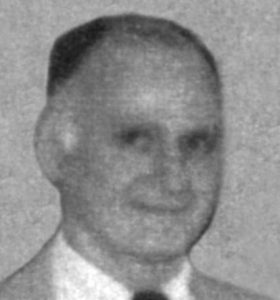 Mr. Carter was a U.S. Navy veteran of World War II. Bill was a member of Grace Episcopal Church where he was a greeter and usher, and he had served as an acolyte as a young boy.

Bill graduated from McCallie High School in Chattanooga, Tenn., in 1943, graduated from Davidson College in 1950, and attended U.N.C. from 1953 to 1955. Mr. Carter was a member of the Morganton Lion’s Club and retired from Drexel Furniture after 35 years.

In addition to his parents, Bill was preceded in death by his stepfather, Charles Vernon Davis; a brother, Carney “Dick” Carter; and a sister, Anne Greenwood Carter Oehlbeck.

The memorial service will be held at 11 a.m., Thursday, Feb. 4, at Grace Episcopal Church, with the Rev. Marshall Jolly officiating. The family will greet friends in the church’s parish hall following the service. A private graveside service will be held with military honors provided by the N.C. National Guard.

Sossoman Funeral Home and Crematory Center is assisting the family with the arrangements. Condolences may be sent to the family by visiting www.sossomanfh.com.