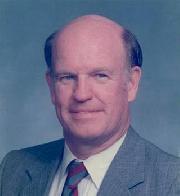 As a Mecklenburg County District Court judge, he was tough on DWI cases but often spoke fondly of the bailiffs and others he worked with, said his son, Hugh Campbell III.

The elder Campbell went on to serve one term as a judge on the state Court of Appeals in 2000, following in his father’s footsteps. He was appointed by Gov. Mike Easley as a district court judge in Mecklenburg in 2003.

Campbell was a graduate of Davidson College and Harvard School of Law. He was planning a reunion for the Myers Park High School class of 1955 when he became ill, his son said. Campbell died Friday at Mercy Hospital, where he was also born.

He retired from his work as a judge at age 72, as required by state law, his son said. He continued to serve as a special judge as needed, frequently returning to the bench in Gastonia and other areas. “He loved being a judge,” his son said.