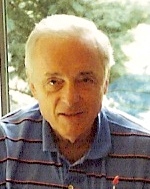 He graduated from Davidson College in Charlotte, North Carolina in 1951. He then attended Union Presbyterian Seminary in Richmond, Virginia, where he met his wife of 55 years, Myrtle Blake Mack. Their honeymoon was spent taking the Queen Mary to Great Britain so that he could attend graduate school at the University of St. Andrews in Scotland.

Together they served the Presbyterian church for 10 years, including starting a new church, St. Andrew Presbyterian, in Williamsport, Maryland in 1961. He then became a reference librarian for 20 years in Montgomery County, Maryland. He attended Gaithersburg Presbyterian where he taught adult Sunday school.

After retiring to Knoxville, Tennessee, he volunteered at the local food pantry. He found great joy and had a unique commitment to helping those in need. He also sang in the choir at Sequoia Hills Presbyterian where he had served as an associate minister in the late 1950’s.

He and Blake moved to Olathe, Kansas to be closer to their daughter, Ashley Jeffries, son-in-law, Bert Benton, and three grandsons, Blake, Jamie and Will Benton. They had many happy years taking care of their grandsons and enjoying many visits from their son James Jeffries Jr., his wife, Debbie and their daughters, Tracie and Alyssa Jeffries.

He was preceded in death by his wife, Blake, and his brother McChesney Hill Jeffries, Illinois.

He is survived by his son, daughter, five grandchildren and his sister Marianne Jeffries Williams.

A memorial service will be held at the Aberdeen Village Chapel in Olathe on October 10 at 2 p.m.

Please send online condolences to www.PenwellGabelOlathe.com. Donations can be made to Church World Service (cwsglobal.org or 1-800-297-1516) which is dedicated to ending hunger and working for peace in the world. — Penwell-Gabel Funeral Home & Crematory Olathe Chapel