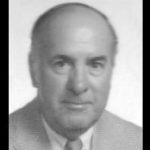 James ‘Jim’ Carr, 85, of Morganton died Friday, Jan. 2, 2015. Born in Burke County, Sept. 22, 1929, he was the son of the late Nelson Jordan Carr and Winnie Mary Hilliard Carr. Jim was a member of First Presbyterian Church and owned and operated Lazarus Clothing Store. Jim received an undergraduate degree from Davidson College went on to attend graduate school at New York University. Jim was instrumental in the Morganton downtown revitalization project where he served as the first committee chairman. Jim was a founding member of Grandfather Golf and Country Club where he served as club president from 1982 to 1984.

Jim was also a member of Linville Golf Club and an honorary member of Mimosa Hills. Jim was also heavily involved in the ‘Par Plus Club’ and the ‘Cup of Cheer’ both charitable organizations that assist families in need in the local area. Jim also served on the board of directors at NCNB in Morganton and he was head of the commercial division of the Burke County United Fund. Jim’s great passion was golf which he enjoyed playing with his many friends and especially his wife, ‘Ruthie’.

A celebration of Jim’s life will be held at 11 a.m., Monday, Jan. 5, at First Presbyterian Church, with the Rev. Michael Bailey officiating. The family will receive friends in the church parlor following the service.

Memorial contributions may be made to First Presbyterian Church, 100 Silver Creek Rd., Morganton, NC 28655. Sossoman Funeral Home and Crematory Center is assisting the family with the arrangements. Condolences may be made online at www. sossomanfuneralservice. com.