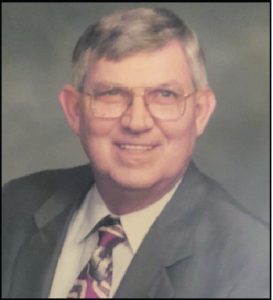 “Bubba,” as he is known by his family and friends (or “Dr. Bubba” by his professional staff), was born in Savannah Ga. on November 26, 1934, the eldest child of the Rev. Arthur M Martin and Mary Grubbs Martin.

After public school in Winnsboro SC (Mt Zion Institute), he attended Davidson College, graduating Phi Beta Kappa in 1956. He received his MD in pathology from Duke University, after which he served in the US Army, with a tour in Vietnam.

“Bubba” was predeceased by his parents and a brother, Joseph Bacon Martin III, and by former wife, Anne Beckman Rumer.

In addition, he is survived by his step-family: daughter Teresa Cooper Drinkard (Bill) of Ward AL, grandchildren Brian Robinson (Kristin) of Tuscaloosa AL, and Staci Vice of Chelsea AL, great-grandchildren Caroline, Porter, and Matthew Robinson, and Audrey and Cathleen Luker.<

He is also survived by two former wives, Jacquelyn Harris Martin of Butler and Diane Lethco Foster of Raleigh.

A service of witness to the resurrection and to celebrate Bubba's life will be held at Trinity Presbyterian Church in Meridian MS, on Tuesday, October 30. A private interment will be in Laurel Grove Cemetery in Savannah, Ga. at a later date.