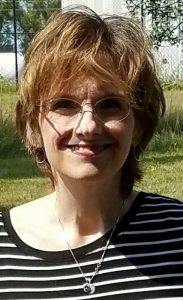 A visitation with Melissa’s family will be 5 to 7 p.m. Thursday, October 4th at O’Leary Funeral Services in Norwalk, Iowa.  Broyles-Shrewsbury Funeral Home, 111 Market Street, West Virginia 24963 in Peterstown, WV will be handling services there with burial taking place in the Terry Family Section at Peterstown Cemetery in Giles County, VA.  West Virginia arrangements will be posted here as they become available.

During her career she worked for the Boy Scouts of America, as an elementary school teacher, as an administrative assistant at Wachovia Bank and Des Moines University Osteopathic College; and most recently she started to work as a daycare provider at Crossroads Kids Preschool and Early Learning Center in Norwalk.

Melissa married the love of her life, John Richard Fuhrman, on September 26, 2009 at Luxor Wedding Chapel in Las Vegas, NV.  Together they made their home in Norwalk and enjoyed spending time watching movies, dining out, and their 90lbs. dog, Max a Dachshund-Labrador mix.

She is survived by her loving husband, John Fuhrman of Norwalk; her mother, Anne H. Terry of Colleyville, TX; a brother, James Terry (wife, Lisa) of Noblesville, IN and their sons, Andrew and Christopher; a sister-in-law, Gina Fuhrman Thomas of Norwalk and her son, David Thomas; and host of aunts, uncles, cousins and several good friends.

She was preceded in death by her grandparents; her father, James “Jim” Terry, Jr. whom passed away on September 9, 2016; and her beloved Maggie, a Catahoula leopard dog, who will be buried with her.