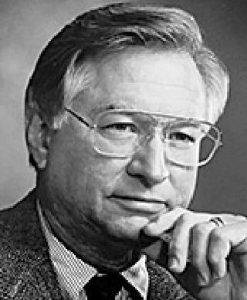 “You truly have a servant’s heart. It’s the twinkle in your eyes, the gentleness of your voice and the love in your heart” Evelyn Owens.

Charlie was born in Columbus, OH, November 16, 1937, and died peacefully, surrounded by family and friends on Easter Sunday, April 1, 2018. He spent his early life in Orlando where he graduated from Edgewater High School. As an Eagle Scout, Charlie was awarded the Order of the Arrow.

He graduated from Davidson College, NC, (forever a Davidson Gentleman) and The University of Florida Medical School in the specialty of Anesthesia. Major Charles Kottmeier served in the US Air Force, stationed at Scott Air Force Base near St. Louis, MO. He concluded his military service as a flight surgeon during the Vietnam War. He received the Honorable National Defense Service Medal. Charles began his medical practice of Anesthesia at Morton Plant Hospital in 1971.

As President of Anesthesia Associates of Pinellas, he established the Anesthesia Care Team in 1974. Throughout his distinguished career, Charlie served as FSA Representative in Washington D.C. and President of the Florida Society of Anesthesiologist for two years. He was bestowed the FSA Distinguished Service Award. He was an Honorary Physician of Morton Plant Hospital, March 15, 2012.

Dr. Kottmeier was a member of the Morton Plant Mease Roebling Society, Adler Legacy Society, Endowed Society and Pillars of Philanthropy. While Dr. Charlie was dedicated to caring for his patients, his heart longed for adventure. He enjoyed the outdoors and the beauty of nature. His favorites were skiing the Colorado Rockies, sport fishing and diving The Florida Keys. Captain Charlie had a passion for sailing.

In 1992, he and his crew were awarded the Ruder Cup, coming in First Place Non-Spinaker Class, in the Clearwater Key West Yacht Race. Flying his Cessna 210-732 Kilo Quebec was sheer joy. Just one year ago, April 15, 2017, Charlie flew with instructor, Lindsey, C172, KCLW. It was a beautiful spring day, perfect for flying. Charlie and Celia enjoyed traveling Europe with Andy and Julie aboard their Hinckly, “The Bald Eagle”. They took a Moorings, bareboat charter throughout the Greek Islands, a family adventure.

Charlie was the eternal optimist, seeing the positive in all situations and people. He embraced people and took great joy in sharing life with family and friends, leaving his legacy of a caring, loving and gentle spirit. After a whirlwind courtship, Charlie and Celia were married at St John’s Episcopal Church, November 27, 1981.