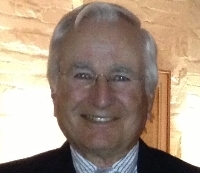 Edward (Ned) McGowan Hedgpeth, Jr. died peacefully at home on March 31, 2018. His metastatic prostate cancer progressed rapidly in the last two months. Ned was born in Chapel Hill, North Carolina on May 22, 1936, the son of Dr. Edward McGowan Hedgpeth and Marian Reese Hedgpeth, who both predeceased him.

He graduated from Chapel Hill High School in 1954 and from Davidson College with a B.S. in Biology in 1958. He attended medical school at the University of North Carolina, graduating in 1962. After serving as Captain in the US Army Medical Corps in Heilbronn, Germany, he began his surgical residency in ophthalmology at the New York Presbyterian Hospital-Weill Cornell Medical Center in New York City. Following his residency, Ned completed a fellowship in pediatric ophthalmology at Johns Hopkins, in Baltimore, MD.

In 1969, Ned joined McPherson Group, PA (which later became North Carolina Eye, Ear, Nose & Throat, PA) in Durham, NC, where he practiced successfully for many years. He served as President of NCEENT from 2000-2003. Ned was a member of the American Academy of Ophthalmology & Otolaryngology and an active member of the North Carolina Medical Society and the Durham Orange County Medical Society where he served as President in 2000.

He was passionate about the study and practice of ophthalmology and a highly respected ophthalmologic surgeon who performed delicate eye surgery with extraordinary skill. He enjoyed many years of helping patients achieve better eyesight. It was a source of great satisfaction to him that he was able to help so many with their eye problems.

Ned was a long-standing member of Hope Valley Country Club and of Roaring Gap Club, where he spent many happy years at his beautiful mountain home. He was an excellent golfer and enjoyed both the golf and the great fellowship at both Hope Valley and at Roaring Gap. Ned was a lover of animals all his life; he especially loved his pony in his early years, and in his later years, he adored his beloved Yorkies, first Buddy, and then Peanut and Little Bit, who accompanied him almost everywhere he went.

He is survived by his wife, Anne Terry Hedgpeth, his daughter Marian Wells Hedgpeth and her husband Kevin B. Seifert of Durham, NC, and by his step-daughter Dr. Terry Anne Sams, DMD, her husband Gus, and their sons John Charles and McGowan of Southern Pines, NC. Ned is also survived by his sister, Jane Hedgpeth Wells of Houston, TX.

Ned was an outstanding physician, a devoted husband and father, an effective leader in the Durham medical community and a wonderful friend and colleague. He was loved by his many patients, colleagues, friends and family members, and he will be dearly missed by all.