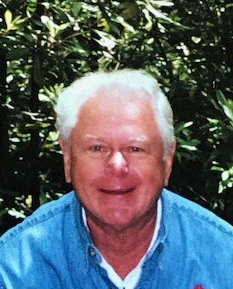 The Reverend Samuel Rainey Hope, 86, of Montreat, passed away on Wednesday, February 7, 2018.

Born in Coral Gables, FL, to Edward Buist Hope and Isabella Currie Hope, he spent most of his childhood in Fayetteville and Montreat, NC.

He then earned a Master of Clinical Pastoral Education degree from the consortium of Andover Newton and Harvard Divinity schools and was later awarded a Doctorate of Ministry from Union Theological Seminary.

The great love of Sam’s life was Nancy Wallace Hope, whom he first met when they were young teenagers. They married in 1953. While raising their three sons, Sam and Nancy dedicated their lives to helping others: working with the Civil Rights movement starting in Richmond in the mid-1950s, volunteering internationally to spread justice and peace, and preserving the natural habitat of their beloved Montreat. Sam started his professional ministry as the founding minister of the Covenant Presbyterian Church in Roanoke, VA, in 1957.

In 1961, he became the founding minister of Forest Hills Presbyterian Church in High Point, NC. In 1966, Sam and Nancy felt called to continue his ministry in Saigon, Vietnam, where Sam served as Director of Personnel for Vietnam Christian Service and Nancy did volunteer work with American soldiers and with Vietnamese civilians afflicted with leprosy.

When he left that position in 1984, he spent much time in Nicaragua as a member of Witness for Peace during the Contra War, becoming a director of the organization in the DC office, then Development Director in the Durham, NC, office.

His next adventure was to start and manage One World Market in Durham, a non-profit store devoted to the mission of fair trade by selling handmade crafts from impoverished regions of the world, eventually working with the organization Ten Thousand Villages.

Sam and Nancy moved back to Montreat in 1996 for a “retirement” of more nonstop community involvement. Sam continued to get himself arrested when he felt it was for a just cause and to travel the world as a volunteer in more than 80 countries, while also helping to preserve thousands of acres of wilderness in Montreat and helping to create the Walk Jones Wildlife Sanctuary and, with his son, Beau, the Bridge of Hope.

Focusing on Sam’s wide and deep intellect, religious devotion, and relentless work to help others leaves out that he was also a lot of fun and a joy to be with. He loved dogs beyond all reason, he loved to laugh and to make others laugh, and he never took himself too seriously. An accomplished life-long tennis and golf player, Sam, along with Nancy, had profound, lasting, and meaningful friendships with people of all races and all walks of life.

He touched countless lives around the world and was as open and warm as a human can be. Sam spent the last years of his 65-year marriage devotedly taking care of Nancy as her health has declined. He passed peacefully in a bed beside her bed, after they told each other they loved each other and fell asleep.

Along with his wife, Nancy, Sam is survived by sons Beau Hope of Black Mountain, David Hope of Greensboro, and Robert Hope of Montreat; grandchildren Sam, Charlotte Ann, Hannah, Carleigh, Sarah, and Molly; and great grandchildren Owen and Wren, along with numerous cousins, nieces and nephews, and a large extended family.

The family would like to thank all the caregivers who have tended to and helped Sam and Nancy and have become part of the family.

In lieu of flowers, the family requests that you donate to www.bountyandsoul.org or www.bmpcnc.org.

The family would also appreciate it if friends would write and share memories of Sam: PO Box 1264, Montreat, NC 28757.