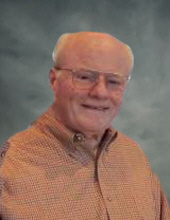 The family of Frank Price Hall III, mourns the loss of a beloved husband, brother, uncle, stepfather, and grandfather. Frank passed away at his home on Lake Wylie after an extended illness on Thursday, January 4, 2018.

He attended Asheville School and Davidson College and graduated from The Darlington School in Rome, Georgia, and St. Andrews University in Laurinburg, North Carolina. Frank continued his education throughout his life. His many interests included philosophy and spirituality.

In 1979, he met and later married his soul mate Janice Golden Freeman, who became over their 36 years of marriage his best friend, and confidante. Shortly after they married, they moved to Lake Wylie, South Carolina.

Frank will be remembered fondly by his friends and family for his warmth, energy and humor, marked by a funny yuk-yuk laugh! As a young man Frank excelled at water skiing, snow skiing and the game of golf, all of which he tackled enthusiastically with abandon.

During their married life, Frank and Jan devoted much of their time and resources to Light Haven, a spiritual center in the North Carolina foothills, which they co-founded and continue to support as benefactors. He and Jan were Angel Donors to Dream Nursery and Primary School in Kasenge, Uganda, serving pre-K-6th grade, which aids orphans and prisoners’ children who would otherwise be denied an education.

There will be no funeral per Frank’s request, but a Celebration of Life ceremony at Light Haven on Sunday, January 21, at 2 p.m.

Frank asked that everyone who reads this say a prayer for the fulfillment of the Divine Plan on earth.

The family would like to extend special thanks to Dale and Donna Gould and Aicha Weiler of Lake Wylie and Aeptha and Eushahn Lonz of Tryon, North Carolina, for their constant care.

Condolence messages may be sent online at www.mcleanfuneral.com.

McLean Funeral Directors of Belmont is serving the Hall family.