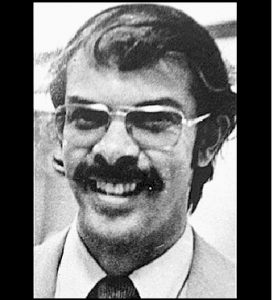 William Henry “Bill” Gallier departed this earthly existence on August 15, 2017. Bill was born on the 5th day of February 1934, in Boston Massachusetts, the son of the late Ted H. and Helen R. Gallier, both of whom preceded him in death.

He is survived by a cousin, Nancy Trimper of Wakefield, Massachusetts.

Bill was a 1953 graduate of Charlotte Central High School. He attended Davidson College where he was a member of Sigma Phi Epsilon Fraternity. He graduated from the University of Pennsylvania in 1957. He earned his Masters Degree at the University of NC, Chapel Hill.

Thereafter he taught History at several Universities including Columbia University and Potomac State College of West Virginia University. During his lifetime, Bill accumulated a library consisting of at least 1,000 volumes covering the history of the U.S. and multiple other countries.

He was especially interested in the Hindu religion and culture. The continent of Africa was very important to him and he spent time there three summers when he taught classes for native children.

During the last ten years of his life Bill was dutifully attended by his dear friend, Mary Hayes, of Mint Hill and her husband Theodore Hayes, now deceased, and her son Kent Hayes.

A memorial service will be conducted graveside at Sharon Memorial Park located at the intersection of Sharon Amity Road and Monroe Road on Friday, February 9th, at 2:00 pm.

Published in Charlotte Observer on Feb. 5, 2018