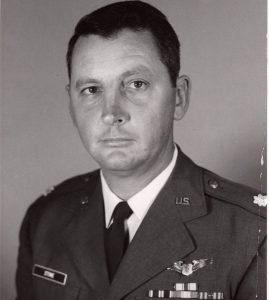 Fred was a Pre-Med graduate from Davidson College in 1954. He received his Doctor of Medicine from the University of North Carolina in 1958. Fred did his Pediatric Internship and Residency at John Hopkins Hospital from 1958-1959. He did a residence in Adult & Pediatric Neurology at the University of NC from 1971-1973 and Wilford Hall, USAF Medical Center from 1973-1974.

Dr. Stowe was a retired US Air Force Colonel.

Fred was a scratch golfer for years where his buddies called him “Doc.” He enjoyed hunting with bird dogs he had raised and trained, competing in field trials where he was an avid horseman.

Graveside services will be Thursday, July 27, 2017 at 11 a.m. in Lafayette Memorial Park-West with military honors with Rev. Sandy Saunders, officiating. The family will receive friends at Jernigan-Warren Funeral Home on Thursday from 9:45 until 10:45 am.