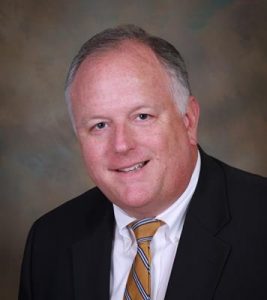 Martin Hunter, a Charlotte bankruptcy attorney and accomplished pianist with a gifted ear and streak of mischief, died unexpectedly on June 7, 2017 while vacationing with his family in Hawaii. He was 58.

Born George Martin Hunter in Aiken, S.C., on January 11, 1959, the older of two sons of the late Carl Doering Hunter and Doris Jean Martin Hunter, Martin lived most of his life in North Carolina, where family, friends, music, books and the law were central to his life. His family and friends universally marveled at Martin’s unquenchable curiosity and deep knowledge of religion, politics and history.

And for the joy he built into his life – and brought to theirs.

Martin grew up in Asheville, and as a boy thought he wanted a career as a professional musician. He’d shown an early aptitude for piano, able to play by ear using perfect pitch. In high school, he was twice selected by the prestigious Brevard Music Center to take part in a six-week summer program for emerging musical talent.

He decided to forgo his senior year at Asheville High School and left for Boone to pursue his passion for music by spending a year in a special music program at Appalachian State University.

After that year, Martin decided not to make a living as a professional musician and transferred to Davidson College, where he graduated in 1980 with an English degree.

Yet he did not leave music behind. At Davidson, Martin used his musical skills and knowledge of liturgical music to earn “spending money,” playing organ on Sundays at St. Alban’s Episcopal Church near campus.

After graduating, he moved to Charlottesville, Va., where he was business manager for the University of Virginia’s Daily Cavalier newspaper and the organist and choirmaster for the Olivet Presbyterian Church.

The Olivet choir loved Martin, and the family cherishes the engraved cups the choir gave him before he left Charlottesville for Winston-Salem to attend law school at Wake Forest University.

Graduating with his law degree in 1986, Martin moved to Charlotte, developing his bankruptcy law practice after clerking for federal Judge George R. Hodges, then the U.S. bankruptcy judge for the Western District of North Carolina. He spent the next three decades helping financially stressed people and small businesses work through legal problems and create fresh starts.

His clients appreciated his keen legal knowledge, his practical judgment and sure-footed advice. They loved him for his tireless commitment to their cause and his graceful, discreet way of reducing or waiving his fees for clients unable to pay for his legal advice.

In 2007, he was surprised and honored to receive the Mecklenburg County Bar’s Lawyer Referral Service Award for his willingness to serve clients of limited means. His generosity and compassion for the less fortunate came naturally.

As a teenager in Asheville, Martin was an Eagle Scout, scouting’s highest honor, and received scouting’s Order of the Arrow leadership award. Martin took seriously the teachings of Matthew 25: “Truly I tell you, whatever you did for one of the least of these brothers and sisters of mine, you did for me.”

It was a lesson he carried through his remarkable life in Charlotte, and that he practiced at Charlotte’s First Presbyterian Church, where he served as a Deacon and Elder and added a tenor voice to its choir. In that choir Martin met Donna Jenkins, who eventually became his trusted and devoted legal assistant for many years. There he also was introduced to the love of his life, Charlotte lawyer and Fayetteville native Cathy Thompson.

When Martin and Cathy married in 1990, Bob Ivey, First Presbyterian’s organist and choirmaster, traveled with an octet from the choir to Southern Pines to sing at their wedding. The octet honored Martin and Cathy by singing the Lutkin Benediction, “The Lord Bless You and Keep You,” reserved for very special occasions.

Soon Martin and Cathy were the proud parents of son Paul and daughter Elizabeth. The four formed a tight bond, born of principle, discipline, humor, respect and kindness. Despite all of Martin’s accomplishments, his wife and two children dominated his pride. There never was a more dedicated, loving husband and father. He put his family’s needs first each day.

The routine times with family – cooking Saturday morning breakfast with Elizabeth, taking Paul to concerts Martin wouldn’t have chosen to go to, and having coffee and conversation each morning with Cathy – gave his family comfort and joy. Cathy, Paul and Elizabeth especially treasure memories of family trips in recent years to Santa Fe, Bryce and Zion national parks and Vancouver.

They have also loved their time with extended family and friends at the beach, especially Kiawah Island, Sunset Beach and Emerald Isle.

Martin often played the piano for his family and friends, his range running from hymns to Bach to B.B. King. His natural ear was so astute, Elizabeth said she’d play him a recording of her favorite pop songs and he’d listen closely and replay them on the piano.

Charlotte bandleader Smitty Flynn, a longtime friend, said he’s known few musicians with as broad a range of musical knowledge as Martin. “He had this gift to play by ear, but he was also trained,” Flynn said. “That gave his music a touch of professionalism. On top of that, you felt the joy he brought to it.”

The members of Martin’s nearly 30-year-old book club – of which Flynn is a member – saw that joy each December at their holiday party. Martin, Santa hat atop his head, ended those evenings at the keyboard with fellow member Ray Owens on the guitar playing carols and hymns as the group and their families sang along.

When one of the members requested “Joy to the World,” Martin would mischievously launch into the Three Dog Night version and over the years the sounds of the group singing “Jeremiah was a bullfrog” ushered in the Christmas season. Martin graciously played the piano for other Christmas gatherings of friends and extended family, providing them much holiday joy as well.

A private man in many ways, Martin was the indisputable host when the book club met at the Hunter-Thompsons. Meetings included dinner. Martin cooked and made sure his guests went back for seconds. He was often quiet during book discussions, but when he spoke up, you knew to listen.

At dinner, he sat at the head of the table, a master of dinner table conversations. His wit was sharp, smart and feisty, delivered with a light but frequently potent touch with a smiling lift of his chin and eyebrows. He was a gifted story-teller, often spinning hilarious – sometimes self-deprecating – tales of growing up and family forays to his deep South Carolina roots. Inevitably, as he told them, his voice slipped into a skillful low-country accent.

Martin couldn’t read too many books and retained almost all of what his eyes touched and effortlessly wove it into conversations. As obscure questions of religion or politics or history arose, Martin quietly provided the answers. He could explain Calvinist double predestination and English history with equal aplomb.

His friends once mused: “What did we do before we had Google? We asked Martin.” He had a special love for the writings of Anthony Trollope, though he could never get his book club to choose one of the writer’s novels to discuss.

One book club wasn’t enough for Martin and Cathy. In recent years, they joined a second reading group, enjoying that group’s conversation and company as well. His friends will miss him greatly.

His extended family loved him so much and his too-early death will leave an empty space in family gatherings. Martin and his brother, Tom, shared a love of learning about important family history. They could talk about long-deceased relatives as if they’d just finished Sunday dinner with them.

Martin loved playing music with his brother-in-law Rick on stand-up bass, and watching Paul and Elizabeth with their cousins around the campfire roasting oysters and marshmallows. He graciously accommodated his sister-in-law Louise’s need to photographically document every family gathering despite his dislike for having his photo taken.

Not one for big shows of emotion, Martin quietly tolerated the incredibly long family good-byes. But still waters run deep: he loved his extended family and they loved him. Most of all, Cathy, Paul and Elizabeth will miss his kind and bright presence in their lives. To paraphrase W.H. Auden: “He was our North, our South, our East and West, our working week and our Sunday rest.”

In addition to Martin’s parents, he was predeceased by many aunts and uncles, including his mother’s identical twin sister, Dorothy Jane Martin Fleming, and her husband, Charles Eaton Fleming.

He is survived by his wife Catherine E. Thompson, son Paul Thompson Hunter, daughter Elizabeth Martin Hunter, all of Charlotte; brother Thomas Rogers Hunter, wife Nicole Ann Hager Hunter, and their daughter, Addie, all of Dallas, Ga.; his three sisters-in-law (who with Cathy are known in the Thompson family as “the Committee”) Ann Thompson of Boone, N.C., Louise Thompson Futrell, husband Mark and their daughter Annie, all of Southern Pines, N.C., and Jane Thompson Myers, husband Rick and their twins Cole and Ellie, all of Richmond, Va.

A service to celebrate Martin’s life will be held at Myers Park Baptist Church on Tuesday, June 13, 2017, at 2 p.m.  A church reception will follow.

Those wishing to make a contribution in Martin’s memory are encouraged to consider the Council on Children’s Rights, Myers Park Baptist Church, or the Conservation Land Trust for North Carolina.

Published in Charlotte Observer on June 11, 2017