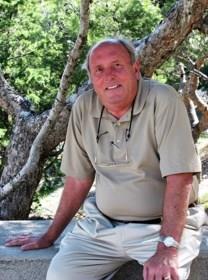 He earned his B.S. from Davidson College in Davidson, North Carolina in 1967 and graduated Medical School of Georgia in Augusta, Georgia in 1971.

Following graduation from medical school, Pope proudly served his country as a Captain in the U.S. Air Force from 1972 through 1975 stationed in Hahn Airbase, Germany.

Upon his return to the US, Pope completed his medical residency at Parkland Memorial Hospital in Dallas, Texas in 1978. He and his family then moved to Rome, Georgia where he started his medical practice as an OB/GYN. He joined Norton, Hortman, Wilcox & Cates, now known as Norton Women’s Clinic in 1979 and over the course of his medical career in Rome, delivered over 3,500 children.

His accomplishments include acting as Chairman of OBGYN of Floyd Medical Center from 1989 through 1991 and serving on the Harbin Clinic Quality Assurance Committee from 2001 through 2010, acting as chair of the QA committee for four years.

Upon Pope’s retirement from his medical practice in 2010, he and Fran loved to spend free time taking cruises, traveling internationally and visiting family.

At home, Pope loved to cook, play bridge and spades, complete crossword puzzles, and working in his garden and fish pond.