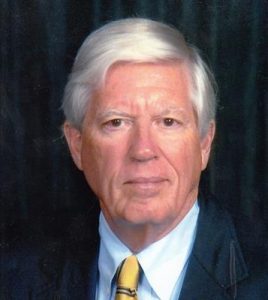 Dr. Smith is a graduate of Episcopal High School, Davidson College, and The University of Pennsylvania School of Medicine. Following medical school, Sam and Lee moved to Chapel Hill, N.C. where Dr. Smith completed his medical residency, fellowship in hematology, a chief medical residency, and instructor in medicine at the North Carolina Memorial Hospital and UNC School of Medicine.

The five years in Chapel Hill were interspersed by two years in the United States Air Force as Captain and General Medical Officer. At the conclusion of his military service, Dr. Smith was awarded the Air Force Commendation medal.

Dr. Smith began private practice in 1970 in Greenville, S.C. From that time, until 2005, he was an active participant in the teaching of medical students and residents at Greenville Memorial Hospital. From 2002 until 2012, he organized and attended a hepatitis clinic at New Horizons Family practice clinic. In 2007, he received the Ramage award from DHEC for leadership in medical education.

A service of thanksgiving for the life of Samuel W. Smith will be at Christ Church Episcopal, in the All Saints Center at 2:00pm on Sunday, April 30, 2017. Following the service, the family will receive friends and family at the church.

In lieu of flowers, memorials may be made to Christ Church Episcopal or to the Greenville Free Medical Clinic.