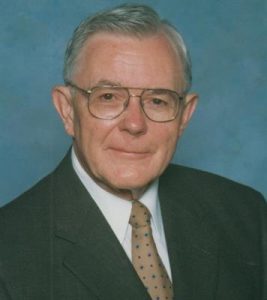 He attended school in Lancaster and then was accepted into Davidson College, from which he graduated in 1950 at the age of 20. After service in the United States Army, Earl worked as an accountant in Charlotte, NC.

If he were here today, he would particularly thank his daughter-in-law, Sandra, and his caregivers, Carol, Mary Ann, Lisa, and Jessica, whose faithful attentions, multiple kindnesses, and love were a great help and comfort to him.

The family is grateful also to Hospice and Palliative Care of Greater Charlotte, who performed spectacularly in providing assistance and comfort during the last difficult days.

Burial will then follow at 3:00 p.m. at Old Waxhaw Presbyterian Church Cemetery, 2814 Old Hickory Road, Lancaster County, South Carolina 29720. There Earl will join Lorraine and the long line of his family resting there.

Memorial contributions may be made to Hospice and Palliative Care of Greater Charlotte and to Old Waxhaw Presbyterian Church.

Condolences may be offered at www.mcewenminthillchapel.com.