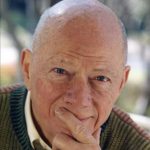 Mr. Gattis, 92, died February 8, 2017, at home after a brief illness. He was a second generation Charlotte native, born November 3, 1924, the younger son of Minnie Smith Gattis and Louie S. Gattis

He was a graduate of Central High School and attended Davidson College. Merrill was an accomplished musician, and while a student at Central, he was invited to play violin with the Charlotte Symphony Orchestra

Mr. Gattis was never happier than when he was in, on or near the water. He enlisted in the U.S. Navy and served on the USS Artemis in the South Pacific during World War II.

He started one of Charlotte’s only Sea Scout troops while a member of Mouzon Methodist Church. A competitive sailor, Merrill belonged to the Lake Norman Yacht Club (Highlander class) and the South Carolina Yacht Club in Hilton Head Island, S.C.

He enjoyed skippering chartered boats in the Caribbean and river barges in England and France. Mr. Gattis was a member of Myers Park United Methodist Church. He served on the board of the Metrolina Association for the Blind and was a dedicated literacy volunteer at the YMCA.

In 1950, Mr. Gattis began a distinguished career in retail furniture at the helm of Colony Furniture & Interiors. Under his leadership for six decades, Colony was known for fine home furnishings and decor throughout the Southeast.

At the store’s closing in 2015, loyal customers traveled from D.C., Florida, Virginia, and North and South Carolina to offer well wishes (and shed a few tears) for the loss of the iconic Charlotte retailer.

Mr. Gattis is survived by his wife, Gail H. Maynard Gattis; his daughter, Linda Gattis Shull (Graeme); and his son, Merrill Lee Gattis, Jr., all of Charlotte. In addition to his parents, Mr. Gattis was predeceased by his brother, Louie S. Gattis, Jr., and his wife, Franklyn Love Gattis.

In lieu of flowers, memorials may be made to Hospice & Palliative Care of Charlotte or Myers Park United Methodist Church. Condolences may be offered at www.HarryandBryantFuneralHome.com.