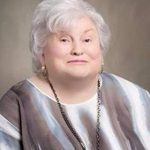 Claudia was a loving and devoted daughter, wife, aunt, mother and grandmother with a strong and caring spirit who made a positive difference in her family and community through her many extraordinary endeavors and achievements. She enjoyed life to the fullest and brought much happiness to her family and wide circle of friends.

Claudia was born on July 10, 1937 in Durham, NC, daughter of the late Claudia Powe Watkins and Warren Byers Watkins, who was a tobacco wholesaler. Following graduation from Durham High School, she earned a Bachelor’s degree in sociology from Hollins College (now Hollins University) in Roanoke, VA, and was one of only two women to receive her Juris Doctor degree from the University of North Carolina at Chapel Hill in 1963.

Claudia moved to Charlotte immediately after law school and became a trailblazer for women in the legal profession. She established her own private law practice and served for three years as assistant clerk of Mecklenburg County Superior Court before her election in 1968 to a four-year term as district court judge for the 26th Judicial District.

Claudia’s life was changed forever when she met John Belk in 1968 at a reception hosted by the Democratic Women in Charlotte, just before John began his first campaign to become Mayor of Charlotte. The two fell in love (John often referred to her as his “Sweet ole girl”) and the two “hizzoners” were married February 20, 1971 at St. Phillip’s Episcopal Church in Durham, NC. The headline of a tongue-in-cheek local newspaper article read, “John Belk Gets Life Sentence” with a summons from his wife-to-be “committing him to the institution of matrimony for the rest of his natural life.”

In the years ahead, Claudia and John became one of Charlotte’s most respected and influential couples, and Claudia was dedicated to supporting John in his role as Mayor and as top executive of the Belk department store organization, which he led for more than 50 years and which became the nation’s largest privately owned department store companies, and one of the most successful of its type.

Claudia was also dedicated to her home and family, nurturing their daughter Mary Claudia “MC” Belk Pilon through her formative years, and enjoying hobbies that included needlepoint, cooking and growing roses. She was also committed to making her community a better place.

Claudia served on the board of directors of the John M. Belk Endowment, the Novant Health Foundation Presbyterian Medical Center, the NC Zoo Society, The Belk Foundation and on the boards of trustees of Hollins University, Queens University and Charlotte Country Day School.

In 2007, Hollins University established the Claudia Watkins Belk International Scholars Endowment in her honor and through her efforts the John M. Belk Educational Endowment made a major donation to the school’s “Campaign for Women Who Are Going Places” fundraising campaign. In 2014, the John M. Belk family gave a gift to Novant Health Foundation Presbyterian Medical Center to support the construction of the John M. and Claudia W. Belk Heart and Vascular Institute.

Claudia also provided support and leadership to numerous other charitable and community organizations, including the Central Piedmont Community College Foundation, the Alexander Children’s Center, the North Carolina Nature Conservancy, the Duke Mansion, the Arts and Writing Foundation, United Family Services and the Daughters of the American Revolution.

In 2000, Central Piedmont Community College dedicated its public safety division building in Huntersville as the “Claudia Watkins Belk Center for Justice.” Early in her law career, she was honored as one of Charlotte’s Outstanding Career Women in the field of law and government and as one of the nation’s Outstanding Young Career Women.

Claudia was a devoted member and elder at Myers Park Presbyterian Church, 2501 Oxford Place in Charlotte, where a funeral service and celebration of her life will be held Saturday, February 11, 2017 at 10 a.m. The family will greet friends following in Oxford Hall. Burial will be private.

In lieu of flowers, the family requests that memorial donations be made to the HopeWay Foundation, 1717 Sharon Road West, Charlotte, NC 28210. The funeral arrangements are being handled by Harry & Bryant.