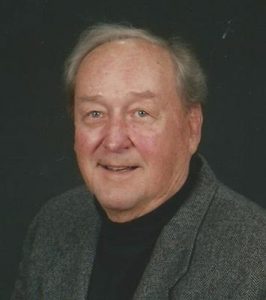 Charles Gilbert Herion passed away peacefully on February 27, 2017 at Novant Health Matthews Medical Center and surrounded by family. He was born on August 16, 1930 and grew up in Mt. Pleasant, NC. He graduated from Davidson College in 1952 and served our country during the Korean War as a Captain in the United States Army.

His career with Union Carbide Corporation took him from Los Angeles to the New York office, where he and his family lived in New Jersey and Connecticut, to Chagrin Falls, OH, where he finished his career by working for the Lubrizol Corporation for 16 years. He and his wife, Sherry, retired to St. Simon’s Island, GA before moving to Charlotte in 2005 to be closer to family. They enjoyed the fellowship of many churches along the way, including Valley Lutheran Church in OH, Wesley United Methodist Church on St. Simon’s Island, and Providence United Methodist Church in Charlotte, where they are members of the Crosstalkers Sunday School Class.

Charles was predeceased by his parents, John and Helen Herion of Mt. Pleasant; his brother, John Herion, M.D. of Chapel Hill; his brothers- and sisters-in-law, Tom and Aleece Fulton, and Frances and Linton Deck, PhD, Asheville; and his son-in-law, the Hon. H. Brent McKnight.

He is survived by his beloved wife, Sherry Hampton Herion; his two children, Mark Herion of Wilson, NC, and Beth McKnight of Charlotte; six grandchildren: John Herion and Jeffrey Herion of Columbus, OH, Jessica Herion of Wilmington, Brent McKnight and wife, Ashley, of Weaverville, NC, and Matthew McKnight and Samuel McKnight of Charlotte; his sister, Elizabeth Deal and her husband, Rev. Claude Deal of Durham; sister-in-law, Mary Herion of Chapel Hill; as well as many nieces and nephews.

Charles and Sherry were married for almost 59 years. He was a loving husband, son, father, brother, grandfather, and friend.