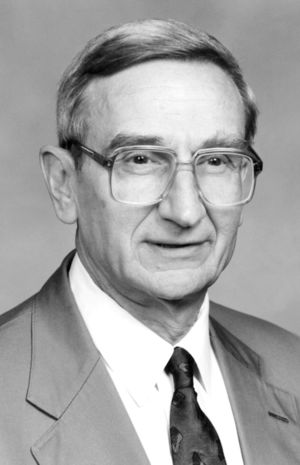 At the memorial service, everyone will sing Z’s favorite hymn, “Joyful, Joyful, We Adore Thee.” Charlene has added this footnote to that particular hymn, “Sing it like you mean it.”

The Rev. Zeb North Holler Jr., a longtime giant in Greensboro’s social justice movement, died Thursday night surrounded by family and friends at Whitestone, a local continuing care retirement community. He was 88. Everyone knew him as “Z.” His eight grandkids and his four children knew him as “Papa Z.” He will be missed.

He was a husband, a father, a clarinet player, a grad of Greensboro Senior High and a Davidson College alum. He taught high school English, coached high school football, flew planes for the Navy and fell in love with a spirited teenage girl from Florida.

He grew up in Greensboro’s Westerwood neighborhood, attended Presbyterian Church of the Covenant every Sunday and listened to every word the minister said so much so that at age 10 the minister told him, “Z, you need to be a preacher.”And a preacher he became.

His mother, who taught piano in Greensboro, gave him the book, “A Man Called Peter,” a story about a poor Scottish immigrant who worked odd jobs to put himself through seminary and rose to become the chaplain of the U.S. Senate.That struck a chord with Z.

After his four years in the Navy, he enrolled at Union Theological Seminary in Richmond, Va., and heard one of his professors exclaim, “The problem with Holler is that he’s too much of a revolutionary like Jesus!” Z wanted to be. He went on to get his doctorate at University of Aberdeen in Scotland and titled his dissertation, “Jesus And The Suffering Servant.”

After that, he went on to fight the injustices of the world with fierce honesty and undeniable love. Z was rail thin, with a soft Southern drawl, and he never shied away from writing a whip-smart sermon or calling out the broader community to help the least, the last and the left out.

The Parables of Jesus became the blueprint of his life, and he saw these New Testament stories as important lessons that help make the community he served a better place to live. He believed that.

So did his wife, Charlene, whom he met at a church party during flight training school in Pensacola, Fla. She was 16; Z was 22.They got married two years later, started a family and became a couple who pushed for racial equality and social justice at every stop along his ministerial path.

In 1960 in Anderson, S.C., he hosted civil rights activists known as the Freedom Riders. While they were there, he got a call from the Ku Klux Klan. They told him to stop. Z said no.

In 1968 in Atlanta, following the assassination of civil rights leader Martin Luther King Jr., he and his church, Central Presbyterian Church, fed more than 5,000 people and housed in the church’s gym more than 100 who came to the city to mourn. He later became a campus minister at N.C. State during the Vietnam War and a pastor at a Presbyterian church in Clemson, S.C.

Then, in 1979, he came back to be the pastor at his home church, Presbyterian Church of the Covenant.Two months later, a confrontation erupted a few miles away from his church and changed his life forever. Nazis and KKK members confronted anti-Klan demonstrators at Morningside Homes, a federal housing community.Five demonstrators were killed; 10 were wounded. Z was stunned.

He got calls from his congregation. One was from the funeral director for the demonstrators’ memorial service. The director was nervous. So, Z rode with him in the lead hearse to give him moral support because the funeral home agreed to take the bodies.

Z and the funeral director wore bulletproof vests because police lined the funeral route because of the fear of violence.That was the beginning of how Z worked with his hometown to make it a better place after Nov. 3, 1979.

He also began to question more deeply the injustices he saw in his hometown. So, he worked to improve the relationship between the community and police, pushed to improve public education, and joined workers picketing for higher wages and better treatment. And it wasn’t uncommon for one of Z’s children to call their mom and hear her say, “Your father has been arrested again.” That was Z.

After he retired in 1993, he and the Rev. Nelson Johnson, a surviving demonstrator from Nov. 3, 1979, and Barbara Dua, created the Beloved Community Center, a non-profit that followed Dr. King’s message of racial and economic justice.

Then, in 2010, Z self-published a book of his sermons. He titled it, “Jesus’ Radical Message: Subversive Sermons for Today’s Seekers.” He wrote that he hoped his book “has the potential of helping open the eyes and minds even the hearts of future generations to new possibilities of honest and respectful resolution of differences, or even to repentance, forgiveness all around, and reconciliation within our community.”

He is also survived by his sister, Barbara Cox, of Greensboro, and her husband, Lem Cox.A graveside service will be held at 12:30 p.m. Sunday for family members at New Garden Cemetery.

The memorial service for the community will follow at 2 p.m. Sunday at Z’s longtime church, Presbyterian Church of the Covenant.