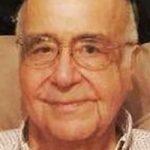 The family will receive friends at St. John’s Fellowship Hall following the burial at Mount Hope.

He was born in Florence, a son of the late Fred E. and Nettie Ateyeh Samra. He graduated from McClenaghan High School in 1951 and from Davidson College in 1955, where he was a member of the Alpha Tau Omega Fraternity.

After college, he owned and operated Samra’s Shoes in Florence until he retired in 2008.

He was a life-long member of St. John’s Church in Florence, where he served on the Vestry and as Junior and Senior Warden. He was a former Chairman of the Board for All Saints Episcopal Day School. He was also an avid supporter of the revitalization of downtown Florence.

He was predeceased by a sister, Ramona Samra Baroody.