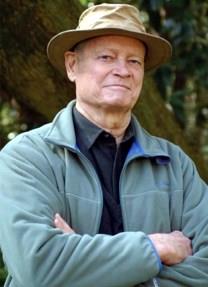 Born April 16, 1930 to Lily Louise Smith and Carl William Knobloch, Sr., he grew up on a farm in Stamford, Connecticut where he learned the value of hard work and to adore the great outdoors.

Carl graduated from the Hill School, Yale College and the Harvard Business School where he was a George Fisher Baker Scholar. At Yale, he captained the fencing team, was the Intercollegiate Sabre Champion and an All-American.

From fencing, he learned “extreme focus, control and precision. These skills make for both a meaningful athletic career and a productive life.” He was always grateful for his Coach “Papa” Grasson.

He was devoted to business, the great outdoors and his family. Carl loved adventure and was guided by an entrepreneurial spirit. He initiated his first business ventures on the farm.

Carl sold those businesses and returned to New York where he worked as an investment banker with Lehman Brothers and then Kidder Peabody. He had the greatest admiration for his boss, the late Albert Gordon, Chairman of Kidder Peabody.

In 1961, Carl went to run a bankrupt company building small rural homes in the South that he and his friends had invested in based out of Jacksonville, Florida. He had found his calling in work, investing and turning around businesses.

He then led companies in finance, real estate and oilfield services and production including US Finance, GAMI and Production Operators and was Chairman of Automated Logic and Rhodes Furniture.

In all these businesses, he always believed that employees should be equity owners so all prospered together. He was a Director of numerous companies including General Instrument Corporation.

Carl loved the outdoors, initially on the farm, then hunting and fishing as a child in New England and as an adult all over the world. He learned taxidermy, preserving butterflies and birds, mentored by a friend who worked at the Stamford Museum and Nature Center and the American Museum of Natural History in New York City. His love of fly-fishing led him to start tying his own flies, many of which were sold to Abercrombie & Fitch.

His family thought he would someday become a curator of a natural history museum. Hard work in the yard most weekends was a favorite way to be outdoors later in life as well as taking his three girls on outdoor adventures.

He has given back in so many ways including as Director and Treasurer of the 1996 Atlanta Paralympics, Shepherd Spinal Center, Georgia Girl Scouts Council and the National Council of Better Business Bureaus; Chairman of the Republican Party of Georgia, Reagan’s election committee in Georgia, and Director of the Community Foundation of Jackson Hole.

He was grateful for all that God had given him and he formed a foundation dedicated solely to preserving land and wild spaces for animals and to valuing our natural resources.

At the American Museum of Natural History, where he spent many happy hours as a boy, Theodore Roosevelt’s words inspired him and summarized well his mission with the Knobloch Family Foundation, “The nation behaves well if it treats the natural resources as assets, which it must turn over to the next generation increased and not impaired, in value.”

He is also survived by Stevens Sharkey, a nephew who was a son to him, as well as eight nieces and nephews.

In lieu of flowers, if you wish, please give to a charity of your choice.

A memorial service and celebration of Carl’s life will be held on Monday, November 28th at 11am at First Presbyterian Church in Atlanta. A private burial at Putnam Cemetery in Greenwich, Connecticut will be held at a later date.