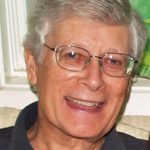 His memorial service will be 2 PM Thursday at First Presbyterian Church officiated by Rev. Peter Bynum. The family will receive friends following the service in Davis Hall.

Bob was born December 11, 1936 in Charlotte to the late William Joseph Holding and Margaret Hawkins Holding. He and his brothers owned and operated Holding Brothers for many years. Bob was a graduate of Fishburne Military School and Pfeiffer College, and was a lifelong member of First Presbyterian Church.

He also was a member of Concord Rotary Club served on the Board of the Salvation Army, a member of the N.C. Oil Jobbers Assoc., and was only known as Mr. Anonymous to the people in the community that he helped.

On line condolences may be sent to Wilkinson funeral home.