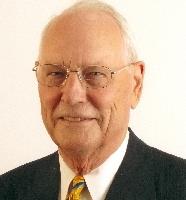 He was born June 27, 1930, in Mullins, South Carolina, a son of the late Donna Coleman and Frank Austin Thompson.

John graduated from Conway High School in 1947. Four years later he received an A.B. Degree from Davidson College. From June, 1951 through June, 1954, he served on active duty with the U.S. Army  Counter Intelligence Corps after which he entered the University of South Carolina Law School in September, 1954, graduating with an L.L.B. Degree in September, 1956.

Mr. Thompson Married Barbara Richardson in July, 1957, and they resided in Conway until his death. From 1956 until 1998 he practiced law in Conway organizing the Thompson and Henry Law Firm which maintains an office in Conway.

Among his many public and civic duties, he served as a member of the House of Representatives of the South Carolina Legislature from 1961 through 1963.

Also, he was a member of the Board of Directors of the South Carolina Public Service Authority from 1968 through 1976, serving as chairman in 1975 and 1976.

He also served as a director of the former Peoples National Bank, and the Conway National Bank. He was a charter Member of Trinity United Methodist Church.

He is survived by his wife Barbara of 59 years, his sister-in-law, Frankie Hughes and her husband Jay; his nephew Phil Thompson and his wife Pat; Frank Edwards and his wife Vicky Edwards, and Richard Edwards.

He was preceded in death by his sisters, Carolyn T. Edwards, Sara T. Finlayson and a brother Philip A. Thompson.

Memorials may be sent to the Horry County Memorial Library, 801 Main Street, Conway, South Carolina 29526, or to a charity of one’s choice. Goldfinch Funeral Home Conway Chapel is serving the family.