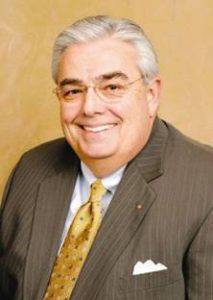 Visitation: The family will receive friends 6 to 8 p.m. Monday at the funeral home.

James was born to James J. Terry Sr. ’38 and Frances Terry on July 13, 1944. He was the retired CFO of the Boy Scouts of America, National Council.