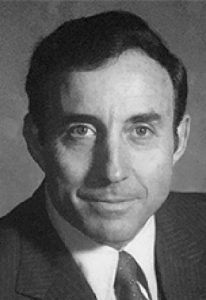 Talmadge Franklin (Tal) Broughton, 81, went to be with his Lord and Savior on Wednesday, July 13, 2016 after battling progressive Alzheimer’s for more than ten years.

Tal accepted Jesus Christ as his Lord and Savior during his college years at Davidson College where he earned a scholarship to play football. While his life included many accomplishments, none were greater than living to honor his Lord and consistently loving his family.

He proudly served in the United States Marine Corps and received exceptional care by the loving staff at the Virginia Veterans Care Center in Roanoke during his declining years.

Tal was the Founder and CEO of SATCOM for 40 years, a successful software company headquartered in Virginia Beach, where he shared operational responsibilities with his two sons for more than 20 years.

Tal was also known to be a kind-hearted man with a refreshing personality and an engaging smile. People of all ages and walks of life enjoyed his company.

But despite his busy schedule, Tal always seemed to find time to be with his family and show them love, taking many trips throughout the country with his grandchildren prior to his declining illness.

Tal and his wife Mary Virginia were longtime residents of Virginia Beach, but moved to the Daleville area of Roanoke in 2003.

“In hope of eternal life, which God, who cannot lie, promised before the world began” Titus 1:2