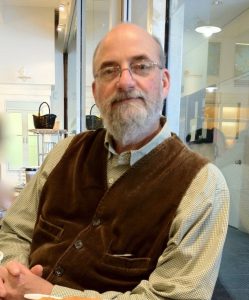 A service of Remembrance and Celebration will be held on Saturday, August 27, 2016, at 2 p.m., at The Friendly Chapel Church, 1656 Smith Ridge Road, Jewell Ridge, Va. All family and friends are invited to attend for scripture readings and music.

Mr. Hankins died from complications from Myelodysplastic Syndrome and Acute Myeloid Leukemia (AML) at his home.

Mr. Hankins had worked as a consultant for Butterfield Communications in Belmont, Mass. under David Butterfield. In 1986, he and his family moved to Las Cruces, New Mexico and he worked with his father and brother in a start up newspaper venture.

The family moved to Omaha, Nebr. in 1987, where he worked for Pappas Telecasting as the Marketing Director and in Sales Support at Channel 42 KPTM television.

Starting in 1988, Mr. Hankins worked for WTVF Channel 5 Television station in Nashville, Tenn. as the Marketing Director under General Manager, Tom Erwin and eventually for Lemuel E. Lewis of Landmark Communications Inc. He served in this position for seven years.

In 1995, he and his family moved to Mount Gilead, N.C. to pursue his dream career in the newspaper business, in the beginning working with his father and brother for two years at the Montgomery Herald, Troy, N.C. and eventually becoming the editor and publisher of The Seven Lakes Times of Seven Lakes, N.C. He did this for over twenty years with his wife, Marcella (Marcy) Hankins.