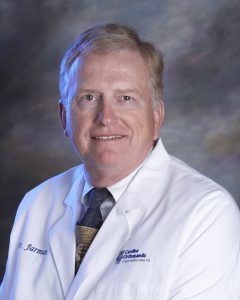 Dr. William H. “Bill” Jarman, Jr., 75, retired orthopedic surgeon, passed away on Wednesday, May 11, 2016. Born in Gaston County, he was the son of the late William Henry Jarman, Sr. and Mary Delia Rankin Jarman. He was a graduate of Frank L. Ashley High School, class of 1959; where he was a standout senior center basketball player under coach Larry Rhodes.

He went on to attend Davidson College, class of 1963, where he played three seasons of basketball, who in 1962 was the third player ever to break 1000 points. That same year he was ranked # 18 by the Associated Press. Bill Jarman was a sophomore under coach Charles “Lefty” Driesell’s first year of coaching at Davidson.

Bill was an outstanding Pivot Man with an unbelievable ambidextrous hook shot, and, according to Coach Driesell, the 6’6″ “helped turn Davidson into a basketball powerhouse” and was one of his “best players ever”. He scored an amazing 1338 points in his career at Davidson. He was inducted into the Davidson College Athletics Hall of Fame in 2009 and the Gaston County Sports Hall of Fame in 2015.

Bill went on to the University of North Carolina at Chapel Hill, who graduated in 1967 with his medical doctorate in orthopedics. He served two years residency at Chapel Hill and through the Berry Plan went to Ft. Bragg and entered the Army as a Major and finished his residency there.

He immediately returned to Gastonia after his residency and began practice with Dr. Edward S. “Buddy” Whitesides and Dr. Robert A. Blake in July of 1974. The practice of Whitesides, Blake, and Jarman Orthopedics was located on S. York St. in Gastonia and served many generations of families throughout Gaston and surrounding Counties.

In 2000, the practices of Southern Orthopedics and Gaston Orthopedics merged to become Carolina Orthopedics and Sports Medicine Center in 2000. Dr. Bill retired from the practice in the spring of 2006 after 32 years of kind and dedicated care for others. He was a member of the Southern Orthopedic Association, the NC Orthopedic Association, and a Diplomat with the American Board of Orthopedic Surgeons. He will be missed as a regular Monday morning attendee of the retired doctors group at Trackside Café. Dr. Bill’s second career and true love was for everything outdoors.

He loved farming and sharing his knowledge and skills at wing shooting, hunting, conservation, and breeding and raising ducks, geese, swans, chickens, dogs, cats and horses; especially with young people. He was a State Board member with the NC Wildlife Federation and in 2009, founded the Piedmont Area Wildlife Stewards PAWS, Chapter, still serving as its President.

Many people who shared Dr. Bill’s love of the outdoors attended the annual BBQ Opening Day festivities at Wood Duck Farm, as well as the many Sportsmans Group Annual Dinners and Banquets.

Additionally, he was a lifetime sponsor of Ducks Unlimited, served on the State Board of the National Wild Turkey Federation, was on the Board of Trustees for the Schiele Museum, a recipient of the Robert C. Clawson Memorial Sportsmans Award, and was working with Daniel Stowe Botanical Gardens with a focus on bird watching.

The family will receive friends from 5:00 PM until 8:00 PM Tuesday at McLean Funeral Directors of Gastonia. A memorial service will be held at 12:00 PM Wednesday at First Presbyterian Church of Gastonia with the family receiving friends in the church parlor immediately following the service. A private family interment will take place at a later date.

An online guest registry, at www.mcleanfuneral.com McLean Funeral Directors of Gastonia is serving the family of Dr. Jarman.