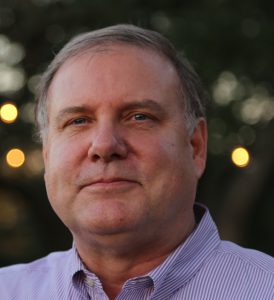 Dr. Stuart Alexander Tinkler, 57, died on Tuesday, April 5, 2016, at his mountain home near Rosman, NC. Dr. Tinkler had just retired on March 31 from his career of more than two decades as a radiologist serving patients in Charleston, SC. Valdese, NC. and, finally, Greenwood, SC.

The son of William Phillips and Elsie McGill Tinkler, Stuart was born in Wichita Falls, TX, on November 18, 1958, the fifth of six children in the family.

He grew up in Greenwood, where he excelled in sports and academics. He played basketball and football at Northside Junior High (he scored the winning touchdown in the big Northside-Southside football contest in 1973) as well as junior varsity football at Greenwood High School.

His academic achievements at Greenwood High, from which he graduated in 1977, included winning a statewide science fair prize for building a calculator from scratch.A biology major at Davidson College with a strong interest in botany, Stuart joined the Peace Corps soon after his 1981 graduation.

For two years, he taught science and mathematics at Logoipulotu College on the island of Savai’i in the nation of Samoa. Following his Peace Corps stint, Stuart taught chemistry and coached soccer at Greenwood High before matriculating at the Medical University of South Carolina.

When he graduated in 1992, he received the President’s Clinical Science Award as recognition from classmates and faculty for clinical performance, sensitivity to patients’ needs and personal qualities. Dr. Tinkler pursued specialties in radiology and nuclear medicine, as his father had before him.

While in Charleston as a medical resident, Stuart met the love of his life, Angela Flora, originally of Salisbury, NC. The two wed on October 16, 1993. Their first child, Mary Stuart, arrived in 1995 when they resided in Charleston; their second, Robert, was born in 2002 after their relocation to Hickory, NC. The family moved to Greenwood in 2003, when Dr. Tinkler joined Upper Savannah Radiological Associates.

Devoted to his children, Stuart accompanied his daughter on service trips to Malawi and Nicaragua; in 2015, he and his son attended a Peace Corps volunteer reunion in Samoa, where a local family Stuart knew in the early 1980s greeted him like a long lost son and honored him with a special feast.

Dr. Tinkler is survived by his wife, Angela, and his children, Mary Stuart and Robert, all of the home; his parents, William Phillips and Elsie McGill of Greenwood; his sister, Ellen Reinig (James) of Annapolis, MD; and four brothers, William, Jr. of Atlanta, Paul (Elizabeth) of Charleston, David (Brigid) of Davidson, NC, and Robert of Chico, CA; brother-in-law, William Flora (Kristine) of Raleigh, NC; as well as two aunts and numerous nieces, nephews, and cousins.

A memorial service will be conducted at Westminster Presbyterian Church in Greenwood at 3 p.m. on Saturday, April 9, with Dr. Spears Alexander officiating. The family will receive friends at the church fellowship hall after the service.

Memorials may be made to HospiceCare of the Piedmont, 408 W. Alexander Avenue, Greenwood, SC 29646; or to the Peace Corps Fund for Women’s Education in Samoa at www.peacecorps.gov/samoafu nd.