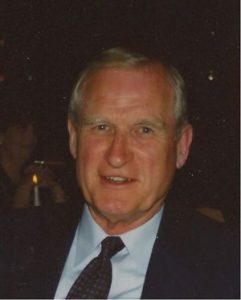 Born October 11, 1932 in Rhodell, WV he was the son of the late O.D. “Bus” Compton and Mary Elizabeth Malcolm Compton. Burl was a 1951 graduate of Hargrave Military Academy in Chatham, VA. He attended Davidson College in Davidson, NC and graduated from Temple University in Philadelphia, PA.

Burl was a retired Pharmacist and a former owner of Hometown Pharmacy in Narrows, VA, Pembroke, VA and Peterstown, WV. He was a member of Princeton Masonic Lodge #134 AF&AM, Beni Kedem Shrine Temple, Knights Templar, and Narrows Kiwanis Club. He was a U.S. Navy veteran and attended the Windsor Hills United Methodist Church in Roanoke, VA.

In addition to his parents, Burl was preceded in death by his first wife, Sybil Davis Compton; one sister, Katie Compton Prinzbach; and one brother, Milton C. “Mick” Compton.

Funeral services will be conducted at 2:00 PM, Saturday, April 2, 2016 at Seaver Funeral Home in Princeton, WV, with Rev. Larry Dyer officiating. Burial will follow at Roselawn Memorial Gardens in Princeton.

Friends may call at the funeral home from 12:00 Noon until the service hour on Saturday.

Online condolences may be made by visiting www.seaverfuneralservice.com.