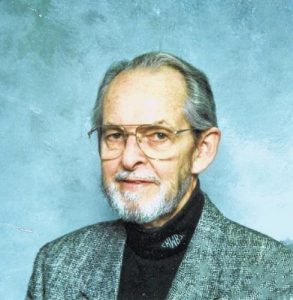 Reverend Kenneth Boyce Wilson, a resident of Winston-Salem, NC, departed this life on January 13, 2016, at the Kate B. Reynolds Hospice Home. He was born May 28, 1927, in Charlotte, NC, the son of the late John McCamie Wilson and Bleaker Henderson Wilson.

He then located to Winston-Salem where he was associated with The School of Pastoral Care from 1965-88. Credited with helping shape the future of Pastoral Care, he was the founding chairman of the Pastoral Care Foundation. Active in the life of First Baptist Church, he was a faithful member, Deacon, Bible Teacher, chairman and served on numerous committees.

Reverend Wilson was preceded in death by his wife, Catherine Edgerton Wilson, who died on May 14, 2003, one sister, Helen Wilson Skerry, of Charlotte, and two brothers: John McCamie and R. Edwin Wilson, of Charlotte.

A memorial service will be held at First Baptist Church on Saturday, January 30th, at 11:00am. The family will receive visitors in the Brown Room following the service.