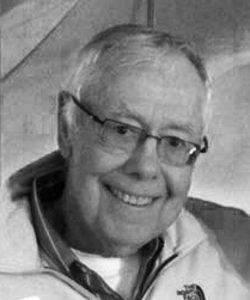 In retirement, he enjoyed spending time with his dogs and his family, especially his grandchildren.

He had many fine adventures in exotic locations, including bird banding in the North Atlantic, a peace mission to the Soviet Union, relief work in Haiti, and, at age 70, a motorcycle ride across the United States.

A move to Davidson, NC, in 2006 brought Jon and Barbara home to a beloved community where he volunteered at the Davidson Elementary School library, attended classes at Davidson College, and gave his enthusiastic support to Davidson Wildcat athletics, particularly basketball.

He is survived by his wife of fifty-four years, Barbara; his children, Kelsey Regen of Reston, VA; William and Harriet Regen of Davidson, NC; Suzanne and Rob Grzeszczak, also of Davidson, NC; his eight grandchildren; and his sister, Margot Regen of Mechanicsville, VA. He will be dearly missed by his grandchildren Jocelyn and Hank Grzeszczak, Mary Lang and Jon Regen, and Catherine, Claiborne, Charlotte, and Annie Regen.

A service to celebrate his life is planned for February 27th, at 3 pm at Davidson College Presbyterian Church.

Memorials may be sent to the Kelsey Regen Memorial Scholarship Fund at Union Theological Seminary, Richmond, VA, or a charity of your choice.

Raymer-Kepner Funeral Home is assisting the family. Friends may offer condolences to the family at www.raymerfh.com.