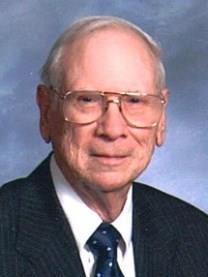 He received his Bachelor of Science Degree from Davidson College in 1951 where he was a member of Alpha Tau Omega social fraternity and Sigma Delta Pi scholastic fraternity. Mr. Middleton also attended American University graduate school.

After serving four years in the United States Air Force during the Korean War, he was employed by Southern Bell Telephone Company on the college training program.

After 32 years, he retired as N.C. District Engineer for the Transmission &; Maintenance Engineering group.

Mr. Middleton will be remembered as a devoted husband, father, grandfather, son, brother and son-in-law. He will be greatly missed by his family that loved him dearly.

A memorial service will be held at Sharon Presbyterian Church on Thursday, January 21, 2016, at 1:30 pm immediately followed by burial in the church cemetery. The family will receive guests after the service at the church.

Memorials may be made to Sharon Presbyterian Church, 5201 Sharon Road, Charlotte, NC 28210 or to Crisis Assistance Ministry, 500-A Spratt Street, Charlotte, NC 28206. Online condolences may be left at www.McEwenPinevilleChapel.com.