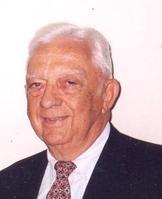 William Fredrick Sutton (Bill, “Shotgun”) 92, changed his address to Heaven on Tuesday, September 15, 2015. Son of Fredrick James and Louise McDonald Sutton, he lived in Macon since 1929.

William was a graduate of Lanier High School and attended Davidson College in North Carolina prior to World War II playing on the school’s basketball and tennis teams. He served three years in the 157th infantry regiment of the 45th Division in Europe, receiving the bronze star. William was a liberator of Dachau and also participated in the liberation of Alach Concentration Camp.

He graduated from Mercer University where he was captain of Mercer’s basketball team and in 1992 was inducted into the Mercer Athletic Hall of Fame. William was a member of Kappa Alpha Fraternity. He served as a high school and junior college basketball and football official for thirty years.

William was a member of Vineville Baptist Church for eighty-one years, member of the Taylor Sunday School Class, formally served as the chairman of the Junior Board of Deacons, served on the Deacon Board, leader of Royal Ambassadors and junior boys’ Sunday School teacher.

William was in the auction business, a former member of the American Legion, Touchdown Club, Georgia and National Auctioneer Association.

A Celebration of Life will be held on Friday, September 18 at 12 noon at Snow’s Memorial Chapel, Cherry Street, with the Rev. John Alexander officiating. The family will greet friends following the service. Burial will be private at Riverside Cemetery.

In lieu of flowers, donations may be made to Vineville Baptist Church, 2591 Vineville Avenue, 31204 or donor’s favorite charity.