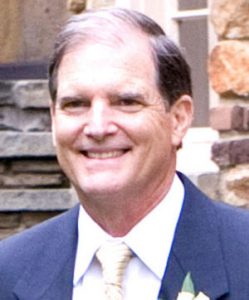 He attended Millburn High School in Millburn, NJ, and graduated from Davidson College in 1970. He was a second Lt in the Army and honorably discharged in 1972. Joseph graduated from UNC-CH Law School in 1975 and clerked on the Court of Appeals before joining the law firm of Smith, Anderson, Blount & Mitchell in Raleigh.

He later practiced with Weinstein, Sturgess, Odom, Bigger and Campbell law firm in Charlotte. Joseph was the Assistant Director of the Z Smith Reynolds Foundation from 1980 until 2000, then did consulting and volunteer work.

He was committed to enriching NC’s culture and legacy in the areas of education, environment, criminal justice reform, community development and campaign finance reform.

Joseph is survived by his wife, Penelope Clark Kilpatrick, daughter Megan Kilpatrick Moen of Denver, CO and Winston-Salem and her husband Matthew Moen, daughter Jennifer Jamieson of Winston-Salem, three granddaughters Greta and Ayla Moen and Eleanor Clark, his sister Lynn Kilpatrick Bradshaw and her husband Jim Bradshaw of Wilson and Asheville and their two sons, Michael and Patrick Bradshaw.

Memorial gifts may be made to Piedmont Environmental Alliance, the NC Coastal Federation, and the Nature Conservancy.