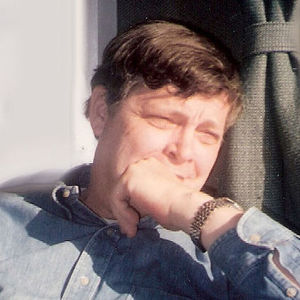 On May 21, 2015, Bob passed away at his home in Austin, missing his goal of completing his nineteenth Regular Session of the Texas Legislature by only twelve days.

With his passing, the Texas Capitol, the Austin Symphony Orchestra, the Arkansas Razorbacks and his family lost a clear-eyed observer, a loyal supporter and a generous colleague and friend. Bob spent his childhood in Arkansas, attending primary school in Cabot, moving with his family to Pasadena, Texas, when he was in high school.

The first in his family to attend college, Bob pursued his dream of becoming a lawyer with his trademark focus. He enrolled at Davidson College receiving a full scholarship, and earning a Bachelor’s in English in 1965. He received his law degree from the University of Texas School of Law in 1968 and was admitted to the State Bar of Texas that year.

In the fall of 1968, Bob was hired as a drafting attorney at the Texas Legislative Council, leading to an absorbing and rewarding career in public policy at the Texas Legislature. Bob served as general counsel to the House Judiciary Committee, where he served two sessions and at the Constitutional Convention. Bob entered the private sector in 1974, when he was recruited to form a new association, the Texas Association of Taxpayers, whose purpose was to represent business large and small before the Legislature.

Bob left in 1984 to join Baker & Botts law firm. He remained there until his retirement in 2008. Unwilling to retire completely, he continued to represent clients before the Legislature up until the week before his passing. Throughout his career, he was distinguished by his integrity, effectiveness, humility and unfailing courtesy.

In his personal life Bob was a proud and involved father to his children, Ben and Ann. Watching them mature into accomplished and loving adults was one of the great joys of his life. Bob coached their soccer at WAYA, as well as coaching and serving as a board member of the Big Brothers Little League teams of East Austin.

He was also a career-long supporter of the Austin Symphony Orchestra, serving for many years on the Board and the Executive Committee.

He was also a long time member of the Board of Visitors of the McDonald Observatory. Bob was very proud of his many years of service in the JAG Corps of the U.S. Navy Reserve, from which he retired with the rank of captain. Bob lived his faith through service to his community and help to those in need.

Throughout his life, Bob was always available to friends, family and colleagues. He gave unstintingly of his time, offering help and thoughtful advice to those who asked. He was unfailingly kind but firm, and never gave less than his best effort.

Bob was preceded in death by his father and mother, Pete and Opal Strauser, and by his beloved basset hound, Emma.

The family wishes to thank Dr. Karsten Kampe of Texas Oncology, and Dr. Faith Holmes, Katie Holz and Nurya for their compassionate care of Bob during his final illness.

The funeral service will be held Tuesday, May 26, at 10:00 a.m., at St. Mark’s Episcopal Church, 2128 Barton Hills in Austin. A remembrance of Bob’s life will be held this summer.

In lieu of flowers, Bob requested donations be made to the Austin Symphony Orchestra, Helping Hand Basset Rescue, or Hospice Austin. Obituary and memorial guestbook available online at www.wcfish.com