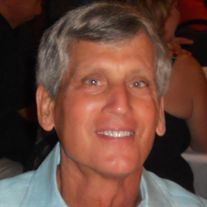 Funeral service for Peter Collin Coggeshall, Jr., 71, will be held at 2 o’clock on Wednesday, February 25, 2015 at the First Presbyterian Church in Hartsville. The Rev. Dr. Daniel N. Sansbury will officiate with a private burial in Magnolia Cemetery directed by Brown-Pennington-Atkins Funeral Home.

The family will receive friends Wednesday following the service in the church narthex. In lieu of flowers, memorials may be made to the First Presbyterian Church, 213 West Home Avenue, Hartsville SC, 29550, or to a charity of one’s choice.

Mr. Coggeshall died Sunday, February 22, 2015, at his home on Daniel Island, SC after an extended illness. Born in Florence, SC, he was the son of the late Peter Collin and Rosanne Howard Coggeshall. He graduated from Davidson College in Davidson, NC in 1965 with a BA degree in English, served in the United States Army from 1965-1967, and graduated from Harvard University in 1969 with an MBA in General Management.

He began employment with Sonoco Products Company in 1969, where he worked until his retirement in 1998, at which time he held the position of Vice President – Administration.

Mr. Coggeshall served on the local advisory board of Wachovia Bank from 1988 until 1998 and was also a director of Regional Bankshares Inc., and of its subsidiary, Heritage Community Bank from 1999-2012.

In 2002, he was nominated by the governor to represent South Carolina’s 5th District seat on the State Ethics Commission. Mr. Coggeshall was a loving, caring, compassionate, fair, and honest man, who was deeply loved by his family and friends, and who will be greatly missed by all who knew and loved him.

He was preceded in death by his wife of 43 years, Carol Harvey Coggeshall, who he married in Topeka, KS in 1967; and by his sister, Rosanne Howard Coggeshall.

The family would like to thank the doctors and nurses at McLeod Regional Medical Center and at the Medical University of South Carolina with special appreciation to Dr. James C. H. Smith.