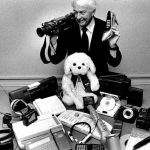 We have lost a legend, Norman Jack Wayman—always known as Jack—passed away from natural causes at the age of 92 on Saturday, August 30, 2014 in Boulder, Colorado. Jack had moved here from New York several months ago to be surrounded by loved ones and to enjoy Colorado’s beauty. Wayman was born and raised in Miami, Florida.

He graduated from Davidson College near Charlotte, N.C., where he was president of his fraternity, Pi Kappa Phi. There, Wayman also lettered in track and basketball, and was the captain of Davidson’s basketball team that was rated in the top ten in the country. He graduated Phi Beta Kappa in 1943.

After Davidson, as WWI was stirring, Wayman left for the US Army Infantry School. He then served in Europe during WWII as a combat infantry company commander. He fought in the invasion of Normandy and the Battle of the Bulge and served over 300 days in combat. For his service he earned a Silver Star, Bronze Star, Purple Heart with Cluster, and two Presidential Citations, as well as the Belgium Fourrager.

Last year, Wayman was inducted by the Government of France as a Chevalier for his military service, receiving the French Medal of Honor. Wayman graduated after WWII from the School of Foreign Service at Georgetown University.

In 1948, having settled into Washington, D.C. where he would live for several decades, he began his marketing career in the Consumer Electronics Industry as a retail salesman, eventually advancing to sales manager of twelve stores. In 1952, he headed RCA’s five-state distributorship in Washington D.C.

In 1963, Wayman formed the trade association for consumer electronics (now CEA) and in 1967 he founded the largest technology show in the world, the International Consumer Electronics Show. He was instrumental in defeating the motion picture industry at the Supreme Court in the famous Sony Betamax copyright case, when Hollywood tried to ban the VCR.

Upon retirement in the 1990’s, when he moved to his other beloved city New York, he became the industry’s spokesman. He appeared nationwide on thousands of radio, T.V. shows, and print interviews, passionately promoting the industry to which that devoted his career. Wayman was proud to have spent his entire 65 year business career in the consumer electronics industry.

Jack grabbed for life’s experiences with gusto, and had a regal and humble embrace of life and all its adventures. He is remembered for his wide interests in history, sports, and politics, and many other passions.

His family is heartened knowing he passed during his beloved U.S. Open Tennis Championships, which he followed until the end. Jack’s sayings were known and adored by his family, friends and colleagues.

A favorite was the four principles to live by that he first wrote down during elementary school years: The Inquisitive Mind; The Will to Win; The Pursuit of Excellence; and Stick-to-itiveness.

Jack’s ashes will be spread by his children in his many favorite places, and he will find his final resting place at Arlington National Cemetery in Virginia.

Wayman’s family would like to thank the Reverend Dr. Stanley Adamson and Reverend Harriet Isbell of St. Andrew Presbyterian Church for their pastoral care and support. We were also deeply touched by the home care provided by the caring staff at Safe at Home and Gentiva Hospice.

Donations can be made in Jack’s name to the CEA Foundation, Davidson College.

One Reply to “Norman Jack Wayman ’43”