Jon Jacobs, MD died peacefully on Sunday, October 18, 2020 at home in Charleston, South Carolina. Loving and well loved, devoted to his Lord Jesus, his family, and his friends, he drew his final breath while members of his family were gathered adoringly at his bedside.

Jon was born on January 20, 1950 in Biloxi, Mississippi to Edmond Milliard Jacobs and Wilda Ruth McLeod. He was a gifted Renaissance man with a sparkling mind. He was a noted physician, carrying on a medical practice in Charleston as a general surgeon and a cosmetic and surgical dermatologist from 1983 until his retirement in 2019. He blessed countless patients and fellow medical professionals with his knowledge, skill, wisdom, and witty humor. A busy medical practice could not contain or exhaust his physical or mental energies, and he vigorously pursued the hobbies he loved. He was an author and poet, having published “Progression to Perfection,” Christian Rosary Meditations, and “Lifescapes,” A Poetic Perusal of Life’s Adventures. He owned and flew helicopters. He was a wood-working artisan, lovingly creating objects of art from wood for his family and friends. He spoke French and loved to travel to France.

Jon was a godly man of faith. His deepest passion was for his Lord Jesus, with Whom he sought to walk daily and Whom he sought to share with others. He was an avid reader of scripture and brought the word of God to bear in all he did. His strong faith was an inspiration to many.

Jon is survived by wife Carolyn Reneé; his former wife Catherine Harkey; by his daughter Catherine “Carrie Ruth” and husband Nate Davis and their children, Nathaniel, Ella, Caleb, and Griffin; by his son Christopher and wife Lauren, by his son Gregory and fiancée Sarah Crosswell; by his son Jeffrey and wife Kristin and their children Uriah and Eden Marie; and by his sister Cindy Lea Stacey; and his brothers Jeff, Steve, and Kerry.

Expressions of sympathy may be viewed or submitted online at www.mcalister-smith.com.

Philip Craig Dotts, beloved husband, father, brother, and friend, died at home surrounded by his family of women on April 15, 2020. Late last year, he told them, “I deputize you all to tell everyone about my good life. I made a hole-in-one at Pinehurst, I had a wonderful family, and I made great friends.”

So that is what we aim to do here, yet knowing it is impossible to capture what Philip meant to so many people. Philip was a managing director of PFM Financial Advisors in their Huntsville, Alabama, office, which he opened in 2012 after forty years in public and corporate finance work.

A consummate servant leader, Philip served on the boards of First Commercial Bank, the Exchange Bank of Alabama, Blue Cross Blue Shield of Alabama, and many nonprofits, including the Public Affairs Research Council of Alabama, Leadership Alabama, A+ Education Partnership, and Neighborhood Concepts, an organization he formed in 1987 to address housing shortages for low-income Alabamians. He was chairman of the Business Council of Alabama.

Philip graduated from Davidson College in 1972, playing on their 1969 Southern Conference championship football team. He met his wife of nearly fifty years, then Kathleen Wells, at Davidson’s Spring Frolics.

After living in Charlotte, North Carolina, for five years, they moved to Huntsville in 1977 and bought a house from a lovely real estate agent. They soon joined the Episcopal Church of the Nativity.

Philip served on the vestry as senior warden and on the board of the Episcopal Foundation of the Diocese of Alabama. He is buried in Nativity’s memorial garden. Philip was born in 1950 outside Philadelphia, Pennsylvania. He follows his parents, George and Elsie Rowe Dotts, in death.

Philip was not one to quote scripture-and when he did, he would often end with “yada, yada, yada”-but instead, he lived the Word quietly: “What doth the Lord require of thee but to do justly and to love mercy, and to walk humbly with thy God ” (Micah 6:8).

In honor of who Philip was, the family asks that donations be made to Boy Scout Troop 400 (www.troop400hsv.com) or the Schools Foundation (www.theschoolsfoundation.org) in lieu of sending flowers. (Photo courtesy of al.com)

Frank was born on June 8th, 1950 to Frank Johnstone Dana, Jr. and Laura McCants Dana of Columbia, South Carolina. He graduated from Dreher High School in 1968, Davidson College in 1972, and Duke University School of Law in 1975.

Frank then moved to Greenville, South Carolina, began practicing law, and met his future wife Susan. They married in 1983 and had one child, Caroline. He practiced law privately for many years and was the founder of Dana Law Firm which later became Upstate Elder Law, PA in 2009.

Among his professional accomplishments, Frank was most proud of being the first Certified Elder Law Attorney in Greenville, South Carolina. He devoted his practice to helping families both plan for and navigate legal matters associated with illness, disability, and end of life.

Frank has been a member of the Greenville County Bar Association, the Greenville Estate Planning Council, Upstate Senior Network, the South Carolina Bar, the American Bar Association, and the National Academy of Elder Law Attorneys (NAELA). He served on several national committees of NAELA and is a past President of the South Carolina Chapter of NAELA. Frank was passionate about the game of tennis.

Following his time at Davidson playing on the varsity tennis team, he found success in USTA League Tennis. He captained several teams that won both state and sectional titles, and competed at nationals in 2003. He loved being in the great outdoors and enjoyed many adventures on Sierra Club outings.

Frank was a long time member and former South Carolina Chapter Chair of the Sierra Club. He served on the board of Camp Opportunity and was a former president of the Gower Estates Pool. He was a long-time volunteer with Meals on Wheels.

He was formerly a member of St. James Episcopal Church and was a current member of Christ Church Episcopal, Greenville. Most importantly, Frank was a devoted husband and loving father. He was a kind man that cared deeply for others and this was evident throughout his life.

He is predeceased by his parents. He is survived by his loving wife Susan Hostetler Dana, daughter Caroline and husband Nick Chamberlain of Charlotte, North Carolina, sister Jane Tucker and husband David Aufhauser of Washington, DC, and sister Nancy and husband William Theus of Columbia, South Carolina.

A celebration of Frank’s life will be held a later date.

The family wishes to thank Always Best Care, The Gardens at Eastside, Rolling Green Village, Pathway Hospice, and countless family and friends for the love and care shown to Frank and his family during the course of his illness. 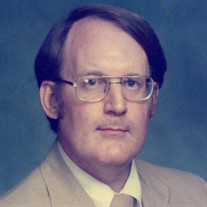 A devout Christian and family man, Calvin will be sorely missed and loved by his wife, Shirley, his sons, Grey ’04 and Cal ’09, his daughter-in-law, Amanda (Grey’s wife), and their son, Daniel McIntosh Wicker, his grandson.

Predeceased by his father, Calvin McIntosh Wicker, Sr.; his mother, Gonnie Hayes Wicker; and his sisters, Leonora Wicker and Sarah Wicker, Calvin brought his family name from Eastern NC to Spar-tanburg in 1978.

A graduate of Davidson College, a heavily patented chemist, and a Deacon, Elder, and Sunday School teacher at First Presbyterian Church in Spartanburg, Calvin was proudest of his family. An Eagle Scout and lover of the outdoors, he enjoyed spending time discovering the intricacies of life with family and friends. Calvin leaves behind a legacy not to be forgotten.

A graveside service will be held Wednesday, December 6th at 11:00 AM in Greenlawn Memorial Gardens conducted by the Rev. Dr. Kirk H. Neely. Visitation will follow at the graveside. Honorary Escort will be the Friday Men’s Bible Study Group.

An online guest register is available at www.floydmortuary.com

Charles Thomas Knighton, 66, of Richmond, Va., died on Wednesday, February 15, 2017. He was the son of Alton L. Knighton and Beverly Wilkinson Knighton, both of whom predeceased him.

Charlie was a graduate of Davidson College, did graduate work at William & Mary and earned a master’s degree from Virginia Tech. The great bulk of his working years were spent as an employee of the Commonwealth of Virginia.

A service in celebration of Charlie’s life will be held at 10:30 a.m. on Tuesday, February 21, 2017 at Second Presbyterian Church in Richmond, Va., with Dr. Alexander W. Evans officiating.